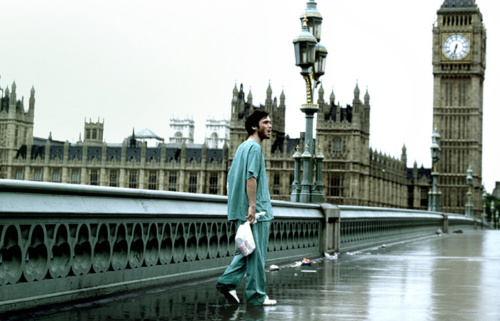 With growing fears that Brexit will drive creativity from the heart of the capital here is a list of five memorable films that back up London’s position as one of the most sought after movie locations.

An American Werewolf in London

This 1981 horror movie directed by John Landis plays on American fears that it’s their English cousins across the Atlantic who have all the ‘real’ ghosts because of our history. In this respect, the whole haunted English castle thing has always been a surefire tourist attraction. The two Americans on a backpacking holiday in England are obviously unaware of this until they bump into a werewolf and as you can imagine there can only be one winner. With one backpacker dead, the survivor wakes up in a London hospital but his fate will change irreversibly after the first full moon.

Stanley Kubrick’s dystopian movie about a violent Beethoven-loving street gang was shot on an estate in Thamesmead, South East London which, disturbingly enough, was deemed pretty similar to his vision of anarchy and dark deeds. Filmed in the early seventies there was enough gratuitous bloodletting for it to be banned by the censors.

Directed by Menhaj Huda and written by and starring Noel Clarke, the volatile street youths it features battle all over inner West London. The observant among you may recognise some of the Ladbroke Grove and Latimer Road landmarks in this 2006 movie. His follow-ups, Adulthood and Brotherhood were also true to the W10 and W11 manors.

Danny Boyle’s zombie-horror made deliberate use of cinematic sweeps of a deserted capital city so that landmarks such as Big Ben stayed with us. Forever associated with the movie in much the same way as the ruins of the Statue of Liberty live on in the Planet of the Apes. The disaster-zone setting framed the iconic structures in a way few had witnessed before.

Think South Kensington and you’ll probably conjure up images of one or two national museums and affluent, powerful high fliers. Not in this 1965 movie. Catherine De Neuve stars as Carole Le Doux whose terrifyingly skewed perspective on both her outer and inner reality transforms the area into something cold, distant and psychotic. She plays a beautician who is based at a beauty salon which still stands today at Thurloe’s, 31 Thurloe Place, South Kensington, SW1. 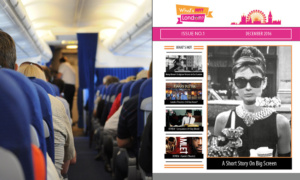