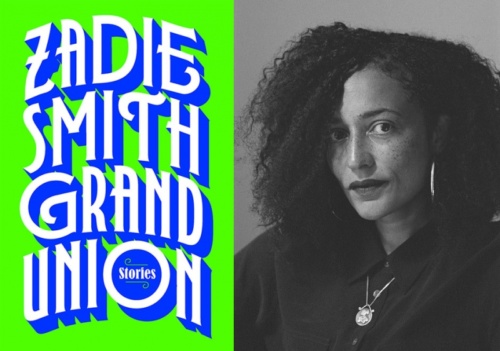 Novelist Zadie Smith’s career began in prodigious fashion back in 1997 when she was offered a six-figure deal for debut novel White Teeth as a 21-year-old still studying English Literature at Cambridge University and before the novel was even finished! The media attention, accolades and awards that followed as the Londoner’s success soared showed no signs of cooling even after she left these shores to be a professor of fiction at New York University. Her latest work is a collection of short stories which has a few nods to her new transatlantic life, as it features many US and UK-based stories.

The string of adoring reviews it has received from the likes of The Times, The Telegraph and The Observer and the comparisons with Charles Dickens (The Independent) ramp up one’s expectations. However – take heed. Freely available Youtube anthropological clips from the likes of TV show Candid Camera warn about blindly following the crowd. The level of anthropological detail Smith, herself, applies to the examination of human relations in Grand Union is essential for our understanding of the desires and emotions which drive her characters. She covers many of these with a resounding, individual voice that makes her description as ‘the daughter of Dickens’ seem increasingly fitting with every engaging new chapter.

The opening short story The Dialectic is a stripped back mother’s memory of a holiday trip to Sopot, Poland with her four kids. So stripped back, in fact, that with so little detail about their background available and so much thematically layered, you might have trouble tying the characters to every interjection and comment offering disclosure. But the sentiment behind those ties to Sopot, with its beachside candyfloss stalls and “filthy and unwelcoming sea”, are well felt, as you learn more about this woman’s place in the world through a day at the seaside common to us all.

Barely two stories in, you are considering those comparisons with Dickens in a positive light. Sentimental Education is everything a great short story should be. Digestible without being simplistic. Thought-proving without being overly foggy. Curiously, it begins exactly like the previous short with a mother watching her children wading in a public paddling area during a family excursion – this time around the Serpentine Lakes, Hyde Park.

Middle-aged Monica reminisces on her care-free college days 25 years ago with short-lived boyfriend Darryl who stays long in her memory well after her more enduring relationships and the birth of her children. This is due, in no small part, to the shenanigans of his best mate Leon, a Kangol hat and neon yellow Puffa-wearing likeable upstart. Likeable enough to win over the empathy of the more working class elements in the college such as the cleaners; which makes room for interesting commentaries on race and class. Probably the best short story in the book.

Parents’ Morning Epiphany reads more like a worksheet for budding authors than a conventional short story. Well actually, it is. A Narratives Techniques Worksheet – to give its full title. It’s possible you may have read a poem like it somewhere. The rhythm is somehow familiar. It has the staid style of the Imagist poets who sucked the flowery metaphors out of verbose Romantic era odes. With paragraph titles like ‘1st Person Narrator’ or ‘Introduce the Characters’ and even ‘Turn Over the Worksheet’, you’ll find yourself thinking “this ain’t a short story”. Which may well be the intention.