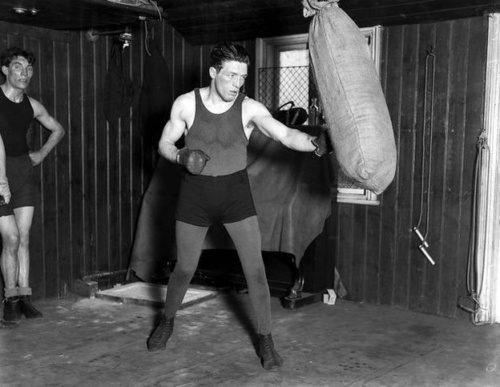 Few can argue that British boxing history sprung from within earshot of the Bow Bells as records show that East London has produced more champions across all weights whether professional or amateur than any other place in the country.

This history runs deep, as it was Bethnal Green’s bare knuckle world champion boxer Daniel Mendoza who is credited with inventing both the left jab and lateral footwork so common today. And if that doesn’t sound remarkable, this occurred in 1787, a brutal age when bare knuckle fighters knew only how to come forward in a straight line throwing unrefined haymakers.

He was only a middleweight but despite his stature ruled as English heavyweight champion from 1792-1975 because of this ground-breaking scientific fighting style. His record as the only middleweight to win a heavyweight world title speaks for itself. This East End fighter also invented something else – paid professional boxing – because his fights were the first documented events where people paid to watch a fight as if it were a sport. A blue heritage plaque stands proudly at his former address at 3 Paradise Row, Bethnal Green.

However, by the 1920s Aldgate’s Ted ‘Kid’ Lewis had refined the cockney brawling mantle by becoming undefeated British and European featherweight champ, and also added British, European and world welterweight champ, and British and European middleweight champ to his extensive trophy cabinet. Although he was Jewish, Lewis supported Oswald Mosely’s New Party and became his bodyguard and the party’s official physical trainer until he wized up on Mosely’s Nazi views and his blackshirt wearing British Union of Fascists. When he finally cottoned on he ended up in a punch up with a couple of them.

By the 1960s featherweight Terry Spinks was the new face of cockney battling grit as he became recognised as the only British boxer to win all the major British titles during his 200 amateur and 41 pro fights. It started back in 1956 when he became the youngest ever to win Olympic gold. A real life Rocky who went from West Ham dustman to boxing glory, he boxed at the same West Ham Boxing Club as Nigel Benn would years later.

In more modern times the record-breaking TV viewing figures achieved by the East End’s exciting all-action Dark Destroyer Nigel Benn stand to this day. His legacy perhaps the last link to the unique environment that existed in pre and post-world war Newham, Tower Hamlets, Hackney, Barking and Ilford which bred a working class fighting spirit that produced champion after champion.

Some of the quaint historic signposts of East End boxing still stand today. West Ham Baths was a well known local boxing venue where you could watch the paid and amateur ranks. Right up until the 1980s the London Borough of Newham was one of the few places to still have fully operational Victorian bath houses where members of the public without such amenities could wash. These bath houses on Romford Road were later converted into the current Newham Leisure Centre. Newham Boys amateur boxing club in Church Street, Stratford also emerged from a bath house during the 1980s and the original architecture still remains.

The nation’s oldest boxing gym the Repton Boxing Club in Bethnal Green was also a former Victorian bath house. Established in 1884 its famous old boys include Olympic and European champion Audley Harrison, Reggie and Ronnie Kray and actor Ray Winstone and its address remains Repton Boxing Club, The Bath House, Cheshire Street London E2. This underscores the architecture, amenities and socio-economic realities of London’s poorest communities from the Victorian age and throughout the world war period and the enduring link with the fight game.

Peacock Gym, Canning Town – boxers who have trained there in the past include Floyd Mayweather, Chris Eubank Jnr and Snr, Lennox Lewis, Frank Bruno, Prince Naseem.