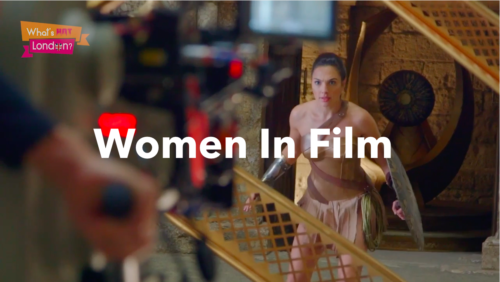 Today is International Women’s Day and to mark the occasion Marvel have released their first even female-led superhero movie, ‘Captain Marvel’. So we thought this would be a great chance to look back on the last year and see what, if anything, has changed for women in film.

On the representation front, we are seeing marked improvements with more stories being told from a female perspective. In the last year, we had ‘Colette’, ‘Mary Poppins’ and ‘The Wife’ as well as films simply featuring more female main characters like ‘Black Panther and ‘Crazy Rich Asians’. In fact, 40 of the top 100 grossing films of last year had a female lead or co-lead character.

Furthermore, these are not tokenistic roles. We are seeing films with complex female characters, from the revenge-hungry Nicole Kidman of ‘Destroyer’ to the outrageous and bawdy (not to mention Oscar-winning) Olivia Coleman in ‘The Favourite’. When moviegoers sit down in their local cinema they can expect to see more nuanced female characters than ever before.

However, though representation in front of the camera may have flourished, it is behind the camera where things start to fall apart. Only 4% of the top 1200 grossing films last year had female directors, a decrease on the previous two years. In fact, in all aspects of production women are far behind men. Even if a film does have a female director, in all likelihood their crew will be majority male and this makes it harder for new female filmmakers to rise through the ranks.

Though some argue that it is better to hire ‘the best person for the job’, this can often come down to hiring the most experienced pair of hands. Women will never get the chance to be ‘the best person for the job’ until they are allowed to gain some experience. There are some incredibly talented female filmmakers out there making powerful work, like Marielle Heller and Karyn Kusama. But any drastic shift in their numbers will still take time to come to fruition as we wait for more women to be given the chance that they deserve.

However, with ‘Captain Marvel’ we enter a new year with a female-fronted bang. With Greta Gerwig’s ‘Little Women’ and Andrea Berloff’s ‘The Kitchen’ to look forward to in 2019, this could be the year we’ve been waiting for, for women in film.