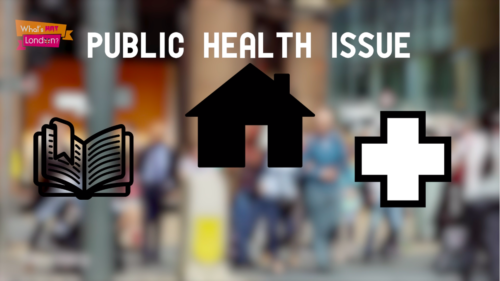 We are in the midst on a knife crime epidemic with the total number of stabbings in England and Wales the highest since records began. Everyone agrees that it’s a problem but no-one can agree on how to stop it.

The first response that usually gets trotted out at this point is that we need to ‘get tough on crime’, increase stop and searches and put more people in prison for longer. This makes sense in theory: longer sentences will help deter criminals; putting them in prison both punishes them and prevents them causing more harm, and while they are inside they can be rehabilitated to stop future crimes being committed.

However, this rarely works in practice. Studies show that prison rarely works as a deterrent, and while prisoners may be unable to commit a crime for within prison walls, they are more likely to do so once they leave than if they hadn’t gone in the first place. In fact, in the long run, it could be argued that prison causes more crime as having a parent in prison makes a child doubly likely to offend.

So what is the solution? Treating knife crime like a public health issue.

Glasgow trailed this ground-breaking technique over the last ten years and managed to cut its homicide rate in half (39 deaths in 2005 to 18 deaths in 2015), all by treating violent crime as a disease. Working together with teachers, social workers and health workers police were able to identify those most likely to offend within the community. They then worked with that community to offer them an alternative, be it education, work or support services. By treating offenders with compassion rather than ‘banging them up’, Glasgow was able to achieve miraculous results.

Surprisingly, even Conservative Home Secretary Sajid Javid has come out in support of this compassionate approach. However, due to continued austerity which saw 20,000 fewer police officers, an 8% cut in per-pupil spending and a 49% cut to council budgets between 2010 and 2015. All the public services involved in this approach are having to do more work on the same stretched budget.

Furthermore, this approach takes time to complete with the real change required from the ground up. Only with adequate funding and adequate patience will the public health approach help bring an end to rampant violent crime.