A Peek into the London Film Festival 2015 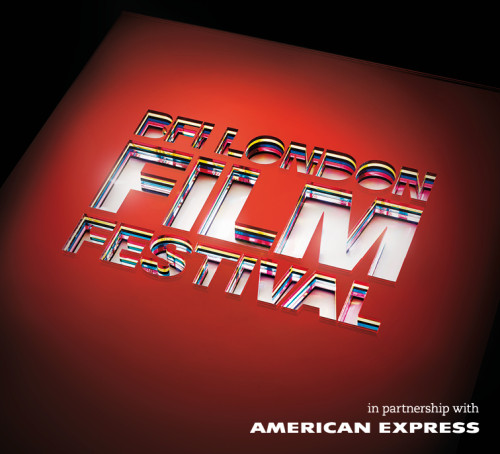 In just under a month, the British Film Institute (BFI) will present the London Film Festival, bringing in 238 films from 57 countries. Running over 12 days from  October 7-18, 2015, it takes place over 16 cinemas over the capital; steadily growing in popularity ever since it introduced its own awards ceremony in  2009.

It is yet another event to be added to a packed London calendar and it has become a sure shot to attract some of the worlds biggest stars as the capital is put under the spotlight of the film world whose attention it has been getting used to.

With Venice Film Festival finishing on the September 12, and Toronto just getting underway, London dutifully picks up on an already intensifying awards race. While films like the Eddie Redamayne starring The Danish Girl are gaining traction in Italy, London looks to usher more movies into the conversation with a mixture of highly anticipated contenders like Steve Jobs from Danny Boyle; with Michael Fassbender as the apple maestro sure to make waves as the opening film of the festival.

Here’s 6 things that make the festival a worthy event for any Londoner, film lover or otherwise.

Forget the UK, cities in the world look to London as one of the hotbeds of culture in the world today. For the decadence of its high end to the artistic emergence of the east side, the film festival will illuminate London’s huge variety of flavours that have made it such a worldwide magnet. Not only will this be investigated through film during the festival, but the British Film Institute has also chosen to house the festival films in a range of cinemas including the cool Hackney to the lavish Central Picture houses, inviting its visitors to explore the cities deepening cultural anatomy.

In a series of what the British Film Institute describes as ‘a brand new series of thought provoking high impact
talks’, London Fashion Festival connects kicks off with a conversation between Christopher Nolan (Interstellar, The
Dark Knight trilogy), Tacita Dean (visual artist who’s most recent exhibit was in Toronto), and Alexander Howarth (Curator of the Austrian film museum) to discuss the future of film in both its artistic and technological aspects. Moderated by the London Film Festival Director Clare Stewart, it looks to be an engaging series of talks if this roster and subject matter are to go by. No more have been announced yet, but expect its description as a series to yield more events.

For £6.50 as a student, seeing a weekday matinee is cheaper than a standard admission ticket at the average local multiplex. The festivals price list is not as expensive as you might think for an event of this caliber, with the organisers also releasing a limited number of £5 last minute tickets in an effort to encourage youngsters to engage with world cinema. Screen talks with filmmakers and actors as well as the Gala films range from £18-38, no more than the average westend seat, and a worthwhile investment to the cinephiles among us. Its an opportunity to see a film months before or even for the only time it is shown in this country, and it can it make a surprisingly rewarding
evening on under a tenner, what’s to loose?

Just over the road from Waterloo station, the BFI IMAX is the biggest screen in the country and it will be hosting a free exhibit from the October 10-18, encompassing 8 virtual reality projects or art, documentary, fiction and animation. Its worth a look in even if you’re not interested in the films at the festival, and what’s more, if your train is delayed from Waterloo, you can just pop over in 5 minutes. If it pique’s your interest enough, there are ticketed events also being run from  October 13-16.

A series of films curated to ‘transform our experience of seeing moving images’, it collects a group of selected works from artists around the world and screen them over the course of the festival as a more avant-garde minded sector of the festivals illustrious program. It ranges from films made this year from emerging artists as well as retrospectives on the works of artists like Turner prize winner Mark Leckey at the Tate Modern. It’s a a nice section of the programme that solidifies the BFI’s mission statement of getting people who aren’t necessarily film fans into the cinema for reasons that appeal to their interests through the medium, this one focusing its lens on the artists.

Like any other film festival, the focal point of the events will be the awards ceremony. What film will win the prestigious star of London in what has tend to to be quite a packed list of contenders? Cate Blanchett will receive the festivals highest honour, the BFI fellowship, and looks herself to be setting motion for her own Oscar campaign with her new film Carol screening at the festival. At the London Film Festival the awards are more focused on the smaller films, which makes it more appealing. Rather than the larger ward ceremonies which elaborate on films already in the public eye, the London Film Festival brings to the public’s attention a shortlist of films that take you all over the world and the medium itself. Who knows, maybe one of the films you caught for a fiver could take home an award.