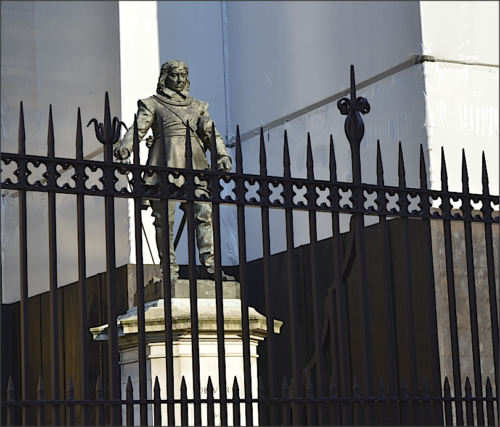 TODAY’S date has special significance for Westminster, London and, indeed, the whole of the UK as it is the birthdate of Oliver Cromwell. His statue is the most prominent of those around Parliament and its entrance at Cromwell Green is also named after him. History marks him as a man to be equally reviled and admired; the man who defeated the Monarchy and imposed a republic and parliament with greater impact than previous attempts at political reform. In fact, it lasted only a few years after his death – 11 years in all – but it triggered the inevitable breakdown of Royalist power.

He was born in 1599 in Huntingdon, Cambridgeshire, and came from a landowning family. He studied at the puritanical Sidney Sussex College and after marrying Elizabeth Bourchier, the daughter of a knighted merchant, he continued to live in Huntingdon before moving his family of nine children to St Ives in 1631 where another of his statues now stands. Back in 1628, he had become MP for Huntingdon and twelve years later MP for Cambridge. This marked a dramatic rise in his public profile because his most ferocious speeches coincided with tension between Parliament and the Monarchy, with Charles II continually undermining Parliament and seeking the restoration of monarchical power as enshrined in the divine rule of kings. 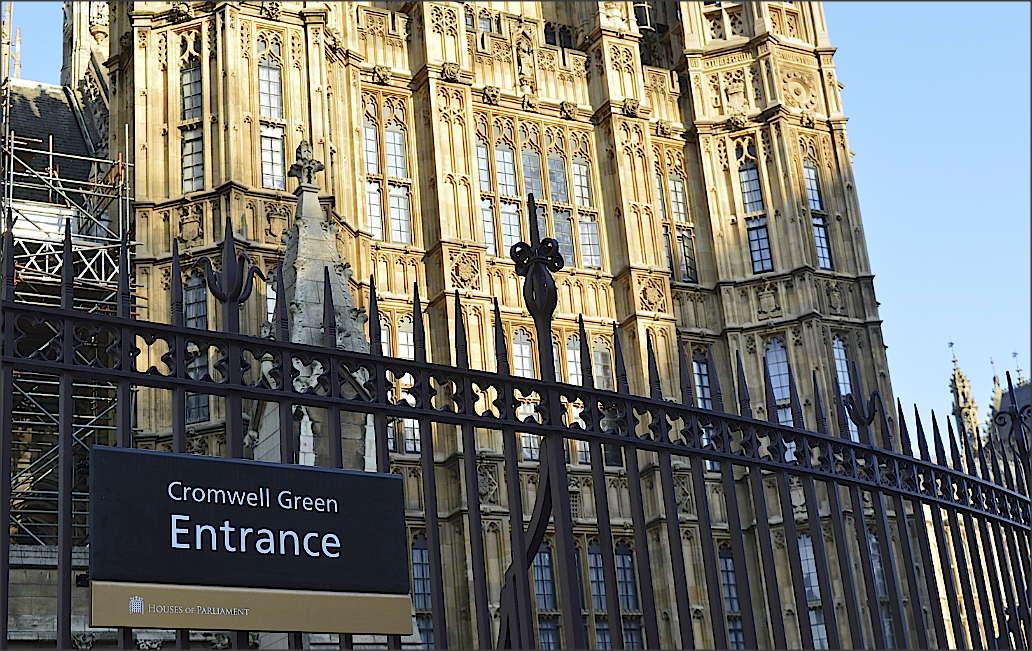 These matters came to a head in 1642 when the King provoked civil war, engaging his Royalist cavaliers against the Parliamentarian Roundheads. Puritanical Cromwell also sought to use god as a political vehicle and pronounced reformation with godly government at its head to replace the divine right of kings. This Huntingdon landowner with no military experience had a meteoric rise to Commander-in-chief of the Roundheads. Cromwell organised these Parliamentary forces into a New Model Army who crushed the King’s soldiers in every meaningful engagement. MPs split into Roundhead and Royalist supporters with Cromwell forming a Rump Parliament out of his remnant support base. This provided him the mandate to continue his military and political programme. The defeated King was given the opportunity to discuss a peaceful surrender but instead rallied the Scottish army on his side – but they too were wiped out at the Battle of Preston in 1648.

These actions were deemed a step too far and the Roundheads issued his death warrant signed by 59 MPs. After his trial at Westminster Hall, the King was executed on 30 January 1649. It was the first time in history an English mob had witnessed the hanging of a member of the Royal family. However, Cromwell didn’t stop there and led his army into Ireland and Scotland to cement this English reformation but his ruthless lust for power took a particularly bloody turn with notable massacres from 1649-51. It was during this period that his once inspired actions became regarded as somewhat villainous.

Cromwell disbanded the House of Lords and stripped the Monarchy of all power – at first glance revolutionary acts that indicated he sought democratic constitutional change at all costs. His Rump Parliament moved too slowly in this direction for him and he usurped its power as well, installing himself as Lord Protector: essentially a dictator with the same powers as the king he had fought so hard to depose. He formed a Council of State which was separate from Parliament but still consulted them on state matters.

Cromwell died on 3 September 1658 aged 59 after suffering from urinary and kidney ailments which worsened with the onset of malaria fever. His son Richard took over as Lord Protector but lacked his tyrannical hold on the state machine and was forced to resign in 1659. This led to the dissolution of the Council of State and restoration of Parliament and the Monarchy in 1660 with Charles II at the helm. Cromwell was such a fearful figure during his lifetime that the new ruling powers only dared execute him two years after he was already dead, exhuming him from Westminster Abbey and hanging his head from a spike at Westminster Hall. It remained there until 1685.