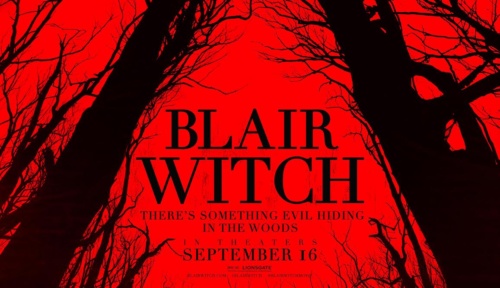 Blair Witch eh. There’s nothing like a blockbuster hand-held found footage movie to get everyone thinking they can make a successful horror feature film. The problem is whether it will be any good or not. There are many ways to measure success and the $248 million that Blair Witch 1 grossed in 1999 because of its wavy camera novelty value is certainly one of them. But if you’re going to remake (and a remake is more or less what it is, intentionally or otherwise) a movie that ignored traditional film-making by having no film score, no tripod, few shot set ups and little if any lighting then it just better have an amazing plot or script…or something. But no not here.

The best that can be said of Blair Witch 3 is it’s better than the languid, watered down Blair Witch 2: Book of Shadows that just seemed to go through the motions. But that’s about it. For anyone unfamiliar with the rewired plot, three college pals go into the woods of Burkittsville, Maryland to make a documentary about the disappearance of three other students whose bodies were never recovered when they went ghost hunting. Lead character James (James Allen McCune) was only four when his sister Heather uttered those immortal lines in terror “ Oh my God! Oh My God!”. Now aged 24, James ropes in Peter (Brandon Scott) and Ashley (Corbin Reid) to put some closure on his family’s loss and solve the Blair Witch mystery once and for all.

It has to be admitted the movie starts quite well and the shaky camera and jump cuts are an effective device in ramping up your anticipation well before anything happens. The introduction of walkie talkies, GPS and drones augur well and you expect this updated technology to ramp up the ‘lost in the woods’ genre taking it kicking and screaming into 2016. But it doesn’t really happen. Their shoulder-mounted cameras provide a logical reason to still be filming your attacker while it’s kicking seven bells out of you, but does little for increasing tension. A better example of a found footage horror that made use of this new-tec would be VHS (2012) where the protagonists wore Google Glasses as a vampire attacked them. Now that was well thought out. That was danger for the digital age. Blair Witch Mark 3 on the other hand tries too hard to pay homage to its prequel. But we’ve seen the first film, we don’t really want to see it again!!!

Another problem with this movie is the wavy, hand-held camera was so frenetic during the action scenes you sometimes wondered what had just happened and found yourself unable to keep up with the plot. Hey had someone just been killed by the witch or did one of the students freak out and kill another student? Hey wait a minute where have all the other characters gone? OK maybe the witch did kill them. Nope, here’s one of those missing students turning up after all. Damn those confusing wavy cameras! This remake (is it justified in being called a sequel?) also has to follow in the footsteps of the one-off marketing success of the first Blair Witch so you can sympathise with the director here but that still does not let him off the hook for taking a commercially safe route through this horror flick.