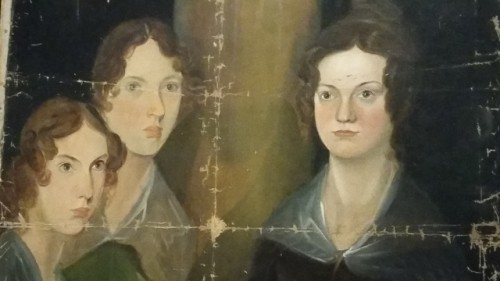 Born two hundred years ago and destined to leave an indelible mark on English literature, Charlotte Bronte’s birth and legacy is celebrated with a fascinating new exhibition at the National Portrait Gallery. It includes the few paintings she actually sat for in her lifetime and also personal items such as letters and signatures. Few would have expected these items to become such national treasures when she struggled with her first novel the Professor under the male pseudonym of Currer Bell back in the 1840s.

That first novel did not gain a publishing deal but caught the attention of Smith, Elder & Co who could see her blossoming talent and encouraged her to send in more work. She duly obliged, submitting Jane Eyre: An Autobiography (1847) and the rest is history. It became a bestseller the year it was published and beyond that a cornerstone of English literature. The exhibition includes letters exchanged with the publisher about the book.

Her relationship with George Smith the head of the firm comes across in these correspondences as professional but more than a little cordial. She was known to stay with his family when in London and even based a character in her next novel the Villette (1853) on him.  In the letter she shares her concerns about the book’s development. The warmth and critical tone of their exchanges sheds light on her working relationship with one of the most powerful men in Victorian publishing. His standing would prove pivotal in her success.

The family environment that provided fertile ground for her creative development is also evident in this exhibition. Both her sisters Anne and Emily were writers (Emily’s Wuthering Heights would give the family its second classic) and their brother Branwell was a professional artist. One of his paintings of his sisters is notable more because of its scuffed condition than its artistic merit. Painted in 1817 when he was in his late teens and testing his skills with the most immediately available and willing models he could find (family!) it looks like it has been folded many times over and discarded somewhere to gather dust – and has.

When Bronte died her widowed husband Arthur Bell Nicholls tucked it away on top of a wardrobe in an Irish farmhouse and it remained there for fifty years! It was only after he had died in 1914 that his widow Mary Anne stumbled upon it. Although it does have a certain purity and a slightly haunting feel its peculiar appeal must surely be the neglect evident on the canvas. In cases such as this restoration is a must but the decision not to do so has given it an undeniable stamp of well-worn authenticity.

The likeness of Bronte we are all familiar with was painted by George Richmond but commissioned by publisher George Smith as a gift for her parents. She had never previously sat for a professional portrait outside of her brother’s efforts and found it an uncomfortable experience. None of this comes across in Richmond’s piercing and intellectual depiction. 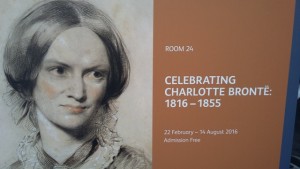