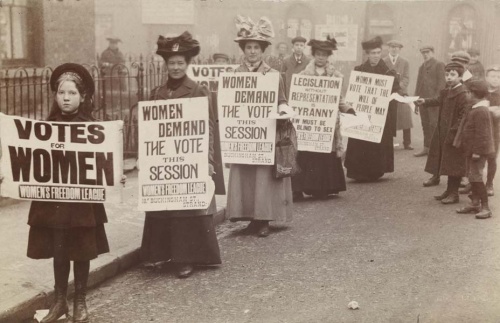 Review of: Votes for women - Museum of London (Exhibition)

The Museum of London already has a permanent display dedicated to the Suffragette movement. The centenary commemoration of the 1918 Representation of the People Act has seen this extended with two more display areas. On this same L2 level floor, you’ll also find the Shades of Suffragette Militancy and Votes for Women displays documenting the historic protests of Emmeline Pankhurst and the Suffragette (Women’s Social and Political Union) movement she founded in 1903.

The Suffragettes saw their ceaseless campaign of direct action to gain votes for women rewarded with an Act of Parliament, but it took many years, with members shunned, assaulted, jailed and even losing their lives for the cause. Pankhurst encouraged window smashing and other acts of disturbance and vandalism around Parliament. To shore up their fortitude in the face of inevitable imprisonment, the movement handed out specially designed campaign medals for Suffragettes who endured hunger strikes in jail. The museum displays the medal given to Emmeline Pankhurst in 1912 when she was jailed for two months for throwing a stone at Number 10 Downing Street. 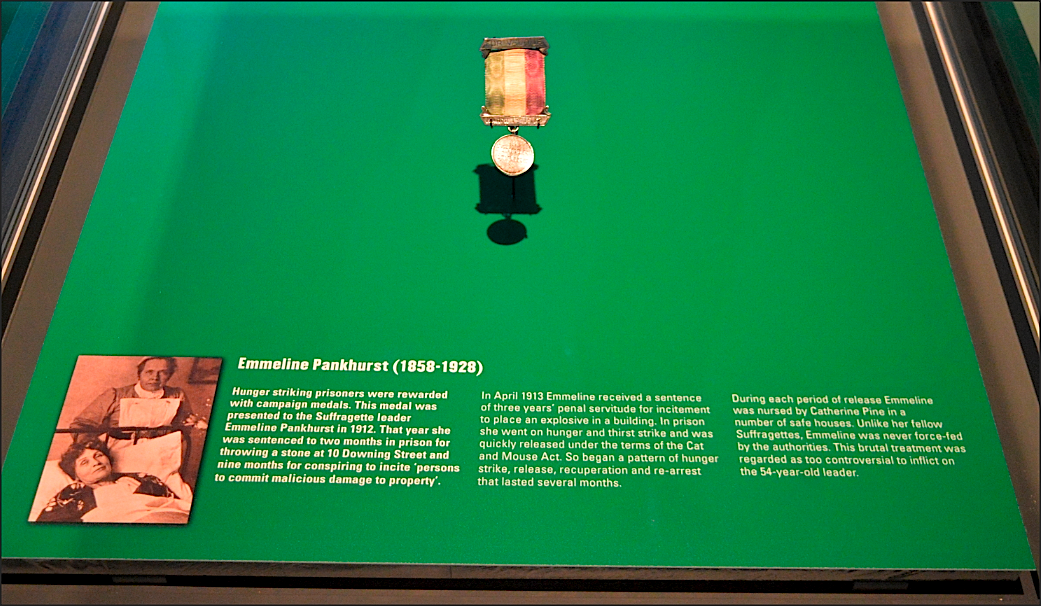 Also on display is an engraved silver necklace awarded to her bodyguard Emily ‘Kitty’ Willoughby Marshall for serving three jail terms, the first for throwing a stone at Home Secretary Winston Churchill’s house. The display material leaves you in no doubt that Kitty was a fearless and formidable woman. You’re informed she was Emmeline’s personal bodyguard, trained in jiu-jitsu and she carried Indian clubs for protection

The museum’s film projections show modern commentators from various social and political backgrounds summing up the importance of their sacrifice and how it changed the lives of women today. It includes archive photos and footage of Suffragette protests, setting the scene for an era of unrest and social change unprecedented in British history. A second projector is set up like a mini cinema of the age complete with vintage looking seats and footage which is purely for atmosphere and entertainment rather than political dialogue. However, the theme is still the rise of the Suffragettes. 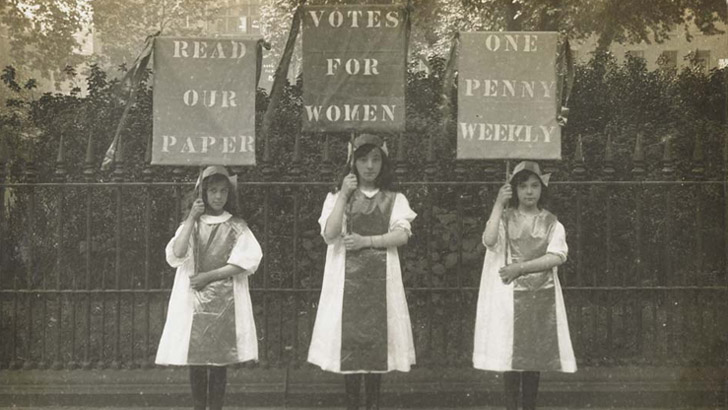 The Permanent Suffragette Collection includes many banners, leaflets and other promotional material showing how the campaign for votes took to the streets. A considerably sized banner of the West Ham branch of the WSPU with the bold words West Ham emblazoned across it is an indication of how the women’s movement sought support in the poor working class areas of London’s East End, which became a stronghold for their campaigns.