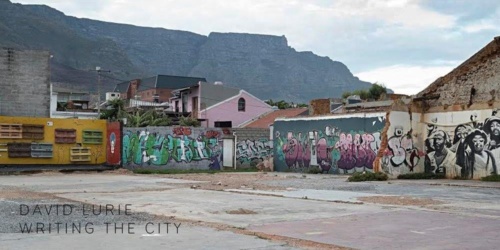 South African photographer David Lurie’s exhibition at The Sulger-Buel Lovell Gallery captures the urban communities of the Rainbow Nation with uncompromising focus on the socio-political condition in the post-apartheid era. This self taught photographer who studied politics, philosophy and economics at the University of Cape Town has emerged as a conscientious commentator on his home nation through his documentary-style body of work which has been exhibited all over the world.

Today, it’s the realities of social isolation, economic exclusion and urbanisation in Cape Town which are explored. Writing the City is so titled because the photographed murals, graffiti and signage are the centrepiece pointers to the lives of the unemployed and working poor in the city. We see how the scribes of these communities document their struggle using the canvas of the city walls away from government censure and the state position on such sensitive issues.

And in this respect, even before you get a moment to survey the front gallery one’s eye will be immediately drawn to a photograph of a mural of a blue-faced Nelson Mandela. At first because of the outrageous colour but on closer examination you’ll notice the ‘Remember Marikana’ tag scrawled in the bottom corner. This is a reference to a 2012 police massacre of protesting miners that left 41 people dead. So what you are presented with is an underground, unofficial news system in Cape Town which tells it as it sees it. 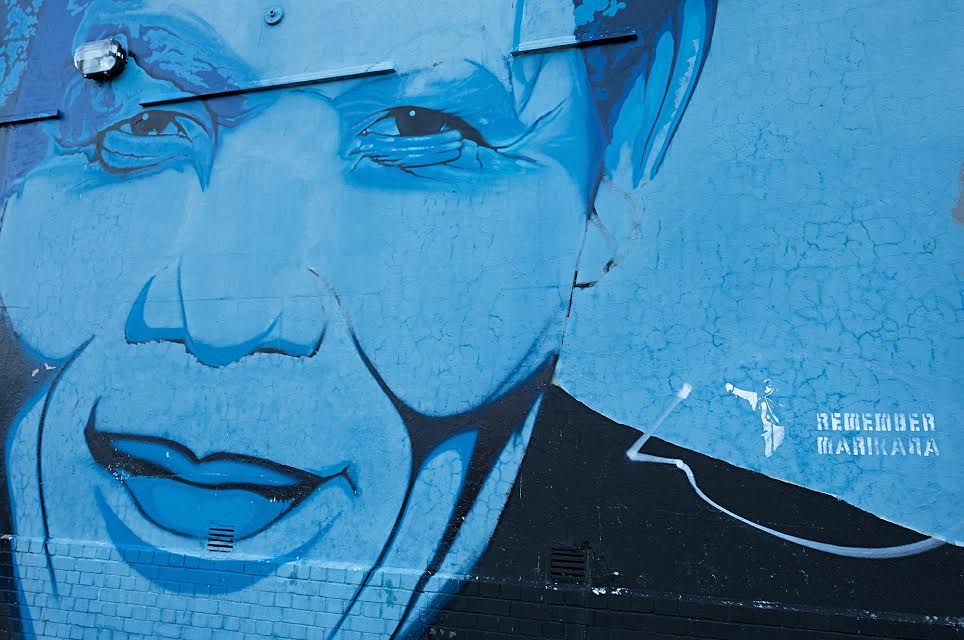 But you don’t always have to search so hard for the message. In another photograph the words Zuma Must Fall takes up the entire front face of a tower block, casting no doubt where their political sympathies lie. Documenting as it does the everyday struggles in the provincial capital of the Western Cape, it also stoked the anger of the state authorities who demanded either the slogan comes down or the entire building does.

Does the ANC government have any saving grace under this documentary style scrutiny? Some photos seem to show the government meeting their manifesto promises to build houses for the poor, or do they? The pretty, bright coloured houses plonked in the desolate wasteland of ‘Wolwerivier’ represents an irreconcilable juxtaposition of  noble aims and economic requirements. It’s your guess which of the two has hegemony where a government relocates the poor from their shanty town communities (perhaps because they were regarded as an eyesore during the 2010 World Cup) to brand new government issue homes which have no local amenities, let alone sense of community.

Considering the enormous transformation after passing from white rule and the demands such a change would place on any fledgling political system, it is interesting to see these photos acting as windows to peep in on the progress of development and the current state of South African infrastructure. It’s over twenty years since power changed hands and the poor blacks find their hidden voices in this enlightening exhibition.

David Lurie: Writing the City at The Sulger-Buel Lovell Gallery from Nov 17 to Dec 16.