December 19: The Demise of Emily Bronte 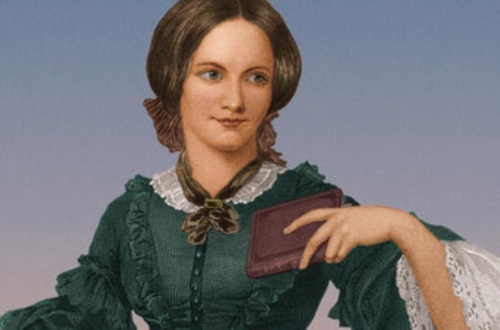 Novelist Emily Bronte came from a remarkable Victorian writing and painting clan and even as her classic Wuthering Heights would make its mark on literature other members of her talented family would also find fame. Just as remarkable is the time scale of Emily’s achievement, dying as she did aged just 30 in 1848 – an age where today most would just be getting started. Her upbringing in West Riding, Yorkshire did not afford her such luxuries of choosing her where and when even though she came from a pretty privileged middle class family where inspiring works by Byron, Shelley and Sir Walter Scott were always at hand.

She was particularly close to her sister Anne and as children they created imaginary worlds inhabited with fantastical characters and these lands called Angria and Gondal would figure in their poems and short fiction. Some of Emily’s surviving diaries have entries that mention these places by name showing that even in her twenties these ideas were being developed.

It was aged twenty that she began working as a teacher at Law Hill School in Halifax, eventually breaking under the stress of 17 hour days and unruly pupils. She famously told them that she preferred the school dog to them! Unable to continue under those working conditions she stayed at home and  taught herself German with the intention of opening her own school with Anne. To this end, both women attended the Héger Pensionnat in Brussels, Belgium to improve their French.

It was, however, her writing vocation which would come to the fore. Repressed for while by the realities of existence in Victorian England these creative talents would be encouraged by sister Charlotte who urged Emily and Anne to publish their Gondal poems which they later did with Emily writing under the pseudonym of Ellis Bell.

It’s claimed that Emily was extremely reserved and was at first against her private work being public property. This shyness is corroborated by other historical accounts which claim she preferred her own company or long lonely walks on the Yorkshire moors. These same secluded moors figure so poetically in her only novel Wuthering Heights. So the next time you see a video of singer Kate Bush swirling around strangely to her Wuthering Heights track and have a glimpse of the sentiment but can’t catch the lyrics you’ll now this is surely the personification of a daydreaming loner who would become a literary great.

“She burned too bright for this world.” – Emily Bronte, Wuthering Heights