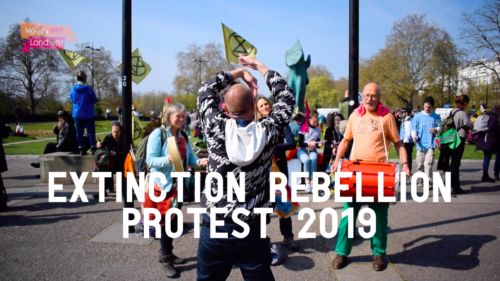 Thousands of protestors from Extinction Rebellion took to the streets of capital today, bringing much of central London to a standstill. Protestors were bussed in from across the country to make sure their voices were heard over our impending climate catastrophe.

Extinction Rebellion a relatively new group which combines backing from academics with non-violent disruption to try to avert a climate crisis. Their demands include bringing UK emissions down to zero by 2025 and setting up a citizens assembly to deal with climate change.

One of the criticisms levied at today’s protest is around the huge tailbacks which they created, which could cause extra polution. However, the protestors seemed unconcerned with this. For them, the most important thing was to get noticed and to do that they needed to cause disruption.

The people most affected by the protest will be motorists, cabbies and delivery drivers, people simply trying to do their jobs. However, for today’s protest to have any impact it is the people in the higher echelons of Government who need to take notice. Whether that happens remains to be seen.