Greek Legacy to the Rescue? 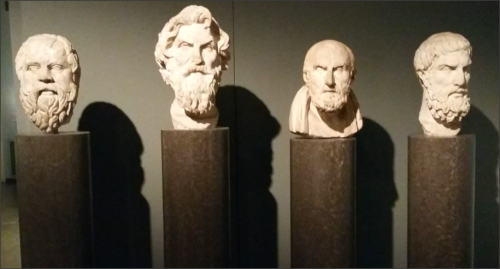 Greece’s geopolitical significance as a corridor between East and West is evident today as refugees from Syria, Afghanistan, Iraq and much of the Muslim world use it as a passage to Europe but during the reign of its most celebrated ruler Alexander The Great (356 BC – 323 BC) this strategic position allowed him to conquer the known world, moving eastwards through Asia and North Africa (where the modern migrant crisis has occurred) spreading Greek culture.

Alexander was actually born in Macedonia, no longer part of Greece but a state within itself. In a strange and tragic turn of events thousands of refugees recently converged on the border between Macedonia and Greece seeking a way into Europe. Much of them fleeing wars and hardship but heartened by the promise of the democracy Greece introduced to the world thousands of years ago. And as thousands more land everyday on Greek islands such as Lesbos risking their lives on smuggler’s boats, the focus is on the political, historical and cultural importance of the world’s oldest democracy. The Hellenic legacy is more important today than ever and relics from this remarkable era have pride of place in their own exhibit room at The British Museum.

In Room 22: Alexander The Great, there is an immediate sense of the power and grandeur of the Age. 2nd Century BC statues of anonymous Hellenic rulers are dotted everywhere. Much is lost by the passage of time – not just names and titles but the items themselves. A large number of exhibits in this room are Roman reproductions in marble of Greek bronze originals which no longer exist. It actually makes you appreciate the originals where you do find them. Cabinets with items such as Black Megarian Bowls carved in Athens 225-175 BC indicate the wealth of an era where the production of gold, ivory and silk handcrafts flourished in commercial centres like Alexandria, Egypt.

The eye-catching classical pieces hold the centre ground. The unmissable pedestal from the Temple of Artemis at Ephesus is described as a fragment but what a fragment! The intricate figurative carvings on this drum-like block are a worthy taster as you find yourself asking ‘Where’s the rest of it?’. The Temple was destroyed when Alexander was born but he had it rebuilt and it became one of the Seven Wonders of the World. There are other such marble blocks some set upon pedestals like one from the Temple of Athena Polias which is inscribed with Alexander’s name. He financed the building of the temple and this signature was an act of gratitude for his patronage. Close to it are busts of Alexander himself and it’s no surprise to learn that he exacted absolute control on the representation of his image. Right down to every cherubic curl in his hair and tilt of his youthful looking head.

To sum it up there is a great sense of just how extensive his empire really was. There are artefacts from as far afield as Asia Minor and North Africa. The missing limbs, torsos and even name references on the majority of the statues give them a reverent, priceless quality beyond that which they were carved to represent. Bottom line? A remarkable introduction to Hellenic culture and lifestyle.