July 19th: The Nine Days Queen & The Tower of London 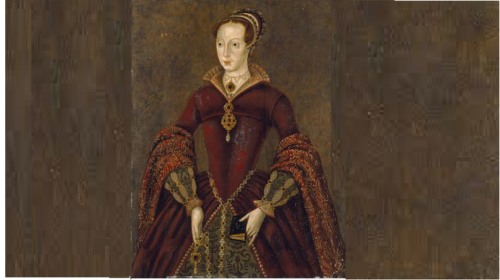 So what does the average 15 year old girl get up to? It’s the age at which they have their first kiss with 77% saying they remember it as clear as the day it happened. Also according to a Daily Mail survey parents claim they are more concerned with boyfriends and make-up than school work. Well spare a thought for Britain’s 16th century teenage queen Lady Jane Grey who was crowned and locked in the Tower of London within a week or so aged 15 when the crown changed hands as rebel factions fought to secure the monarchy. Her reign was so short and sharp she became known thereafter as the Nine Days Queen. This right royal incarceration happened on this date, July 19th 463 years ago.

The good old Tower of London eh! Many a gruesome tale of a more barbaric England of days gone past when queens about to lose their heads were bolted up in shackles and irons with none of the mod-cons of Buckingham or Kensington Palace. Lady Jane Grey swept past others waiting in line of succession after being championed by the conniving, machiavellian Lord Northumberland. Little did she know that her jewel-encrusted four-poster would soon be swapped for basic bedding in the bloody towers.

Lord Northumberland knew that the ailing King Edward VI was close to death and was keen to ensure England stayed in Protestant hands. If either of his sisters, Mary or Elizabeth succeeded him then it would inevitably swing towards catholicism. The scholarly, pint-sized Lady Jane Grey was seen as a head of state he could easily manipulate. However, Mary had much popular support amongst both nobles and the masses because she didn’t have Northumberland’s blood lust. When Edward died on July 6th Northumberland was quite happy to demonstrate this penchant for machiavellian blood lust by plotting to have both sisters killed. But by this time Mary had already raised a sizeable army.

The East End had never seen anything quite like it as a triumphant Mary reached Aldgate with her sister Elizabeth. A cockney knees-up bar none! Lady Jane Grey had been queen for only nine days when she was arrested and put in the tower. Northumberland was executed and she too aged just sixteen when her father continued to back anti-Mary rebel factions with royalists regarding her as a threat by bloodline.