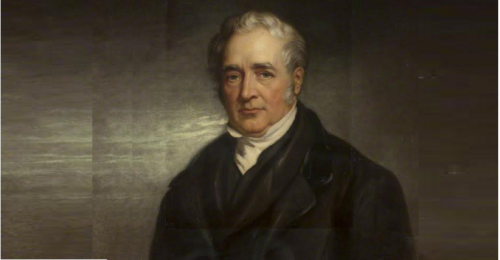 Londoners are blessed to be living in one of the fastest moving communication centres in the world which sometimes makes them take their transport links for granted. The rush hour grumbles on many a cramped carriage this summer have inevitably been about late, delayed or slow-moving trains in the stifling heat. Even the prospect of 24 hour Tube from August 19th 2016 on the Central and Victorian lines hasn’t dented this appetite for a travel whinge. Well count those blessings, because it could have been a lot worse if not for one of Britain’s greatest inventors. On this day, July 25th over 200 years ago George Stephenson, the chief engineer at Killingworth colliery produced his first locomotive called Blutcher that moved at a snails pace of 4mph compared to the 125mph of Virgin Trains.

Stephenson is widely regarded as the Father of the Railways because of his invention even though Cornishman Richard Trevithick got there first with his 1802 design for a steam locomotive, which triggered copy-cat designs. Stephenson’s train was created strictly for hauling coal at the mines – 30 tons worth at a time. He produced 16 of them in all for the Kilingworth and Hetton collieries and it was he who was later entrusted to create the world’s first railway which operated without animal power. Launched in 1822 it  ran for 8 miles and became known as Hetton Colliery Railway. An undoubted master mechanical and civil engineer his invention would lead to the the spread of commercial and passenger railway throughout the country and in the development of an underground network in 1863 which we now know as the Tube.

A 24hr night tube service is expected to begin on August 19th on the Central and Victoria lines.