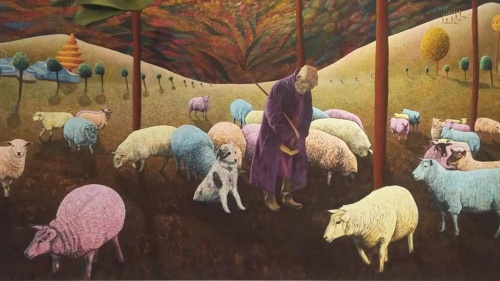 Don’t get the two mixed up. Painters’ Paintings at The National Gallery (Sept 2016) was an exhibition of paintings owned by the great artists while Painters’ Painters at the Saatchi (Nov 2016-Feb 2017) celebrates the work of contemporary names who have imposed their own styles on a medium challenged, reinterpreted and sometimes traduced and reduced by technological developments, cultural shifts and history’s aesthetic fads.

Artist Martin Maloney’s love of gossiping blondes turns the traditional beautification of the feminine figure onto its head with a hint of irony, and a double serving of council estate joi de vie. His choice of muse is a refreshing celebration of the contemporary, with the common life flipped purposefully sunny side up. It’s a clever antidote to the usual gloom and doom served up in tabloids as a representation of working class life yet has the same ‘big media’ message. There are blondes walking dogs, blondes outside supermarkets all daubed with deliberate naivete and crowned of course by those expressively crude and eye-catching manes of yellow and orange. His palette lights up the whole gallery. 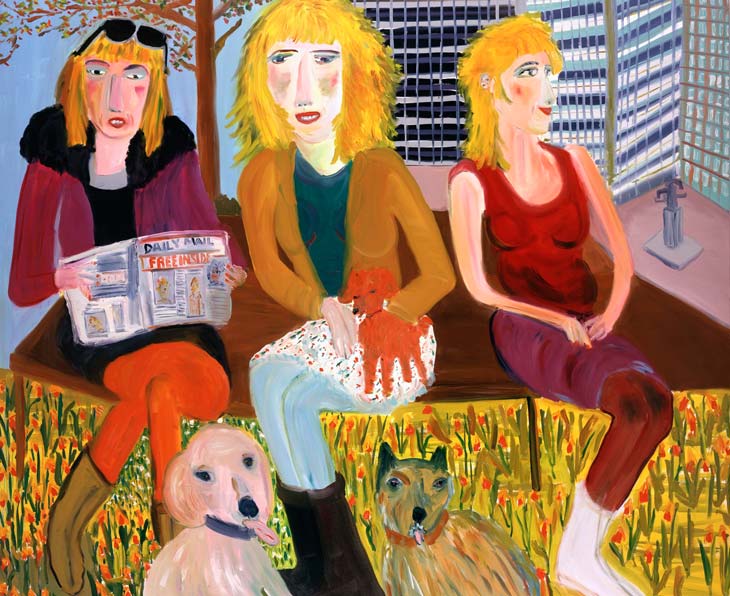 Also look out for David Salle’s work. He draws on a number of art movements, including areas as diverse as The Renaissance and modern-day graffiti. A post-modern take on all that has come before culminating in a smorgasbord of canvases that represent everything that is. The consistent depiction of statue-like angels in his work gives it grander purpose yet common items are also sporadically dotted around.  This symbiotic confusion works best in ‘Mingus in Mexico’ which despite its understated title is an epic piece with the gestures, forms and shades of 15th-century Italian Quattrocentric art which is then carefully interrupted by corners of still life, contemporary portraiture and abstraction. 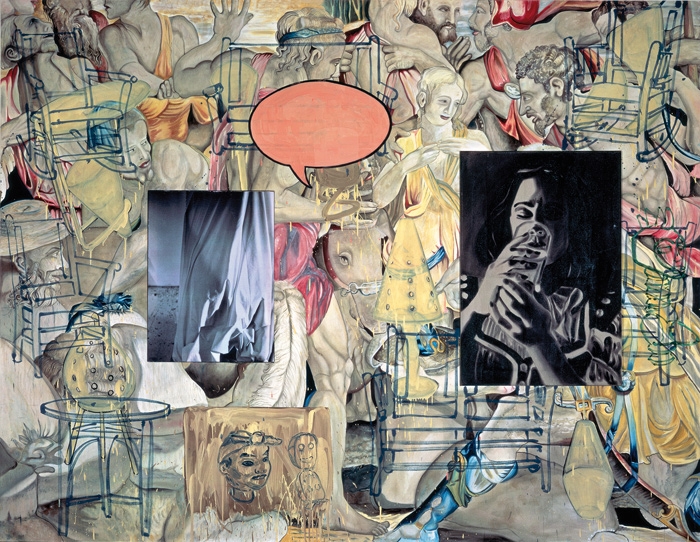 Bjerne Melgarrd’s work will probably remind you of American neo-expressionist Jean Michel-Basquiat. Bright colours, jarring expressionism, violent brushstrokes, scrawled figures with enlarged heads all an intriguing commentary on unfathomable emotional recesses. And if you feel all this angsty graffiti makes you want to scream you won’t be surprised to find that Norwegian painter Edvard Munch as well as Basquiat figure prominently in his work. 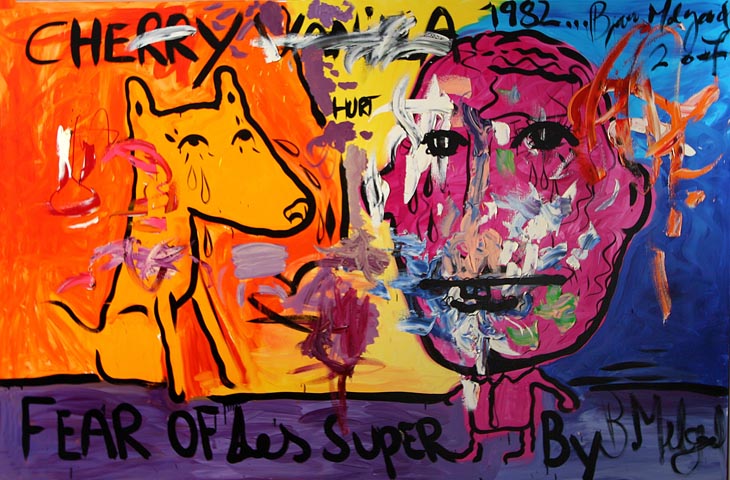