The Razzmatazz of The London Jazz Festival 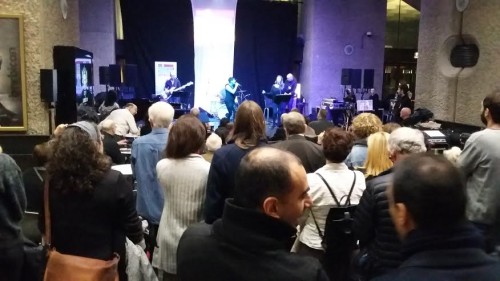 The London Jazz Festival has begun in earnest, running from November 13-22 and promising 10 days of cool vibes. The line up includes both established and emerging jazz performers as well as live broadcasts from club DJ’s and radio jocks. Inevitably, the well known jazz joint Ronnie Scotts is involved, hosting Jez Nelson’s Jazz on 3 (BBC Radio 3) on the opening night. The Soho club sold out pretty quickly once punters realised the tickets were free! The mixed programme also includes the 25 Years of Jazz Photography exhibition at the Royal Albert Hall on the 14th, panel discussions and a session by the Arts Council on applying for government funding.

With many shows already sold out you can still catch many talented emerging acts at Barbican’s Freestage.     Vocalist/songwriter Nina Ferro’s opening night gig lived up to those flattering references from none other than swing-king Tony Bennett who has heard one or two talented jazz singers in his time. He should know because she has supporting him in concert. Her smouldering song-list featured a selection of new material which ranged from the rockier edged to smoky ballads but a braver and broader take on what one might regard as traditional jazz.