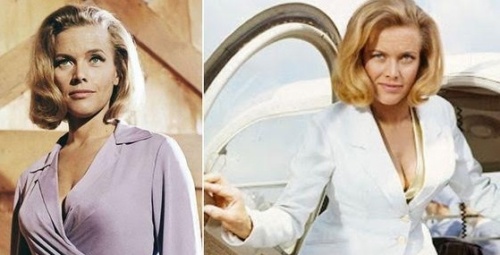 Most film-lovers know Honor Blackman‘s familiar face as a Bond girl in Goldfinger, few are aware she was born in the working class heart of the East End, in Plaistow then a ward of West Ham in the London borough of Newham. And that was on this very day – August 22nd.

Her career ascent from humble cockney roots make the already glamorous world of cinema seem like even more of a fairytale but as with most things the hard work to get there is often overlooked. But the spark in her acting career came on her sixteenth birthday when her father offered her a gift of either a bicycle or elocution lessons. Well she preferred the lessons (surely not in an attempt to lose that charming cockney accent!) and her elocution teacher also introduced her to theatre. As Honor’s acting talents blossomed her teacher urged her father to enrol her in the Guildhall School of Music and Drama. She was able to do so part time while working as a clerk at the Home Office.

After making her name in West End theatre she landed her iconic role as Cathy Gale in the Avengers. Her strong, intelligent, Kung Fu kicking character a departure from prevalent stereotypical images of women as a new liberal era dawned. She got on so well with co-star Patrick Macnee they even released a pop single together called Kinky Boots which peaked at No.5 in the charts.

But it was as Pussy Galore in Bond film Goldfinger that most people fondly remember her. Cast alongside the equally charismatic Sean Connery she and the public’s favourite James Bond were a cinematic dream team.