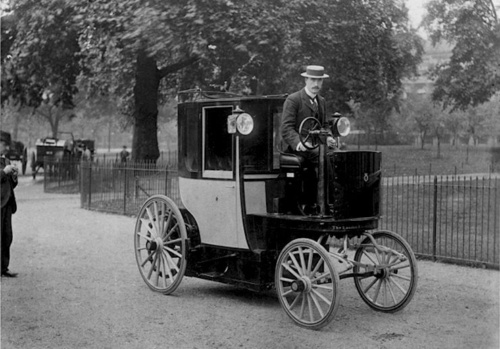 The term ‘taxicab’ was first used in the late 1800s when the single horse-drawn Hansom cab invented in 1834 by architect Joseph Hansom was refined and redesigned by John Chapman to include a mechanized taximeter to measure journey fares. Although first used in London and other UK cities, it’s patent was quickly adopted by other European capitals and later the United States.

By 1897 Walter C. Bersey’s London Electrical Cab Company had manufactured electric-powered taxis, which were, again, first used on the streets of London and the first motorized vehicles for hire. Although initially nicknamed Berseys after the designer, the strange sound coming from their electric motors gained them the new nickname ‘Hummingbirds’. He started off with a fleet of 25 but by 1898 he had introduced another 50. And fast-forward to this millennium when in 2002 50 gold-coloured taxicabs were introduced to celebrate the Queen’s Golden Jubilee.

The popularity of the motorcar hastened the demise of hackney coaches and cabs with the last licensed ones withdrawn just after the Second World War. This is a considerably long innings when you consider the first horse-drawn black cabs for hire emerged in the 1600s. The Berseys also faded out of popularity with the London Electrical Company shutting its doors forever in 1899.

The Science Museum now has a Bersey electric taxi cab as its centrepiece on climate change and its is interesting that the earliest taxi cabs were the most environmentally-friendly while the diesel-fuelled modern black cabs are one of the chief concerns as regards pollution in London. Mayor Sadiq Khan recently revealed plans to pedestrianise Oxford Street, now the most polluted street in the world, in attempt to block the buses and taxis which are the main culprits. 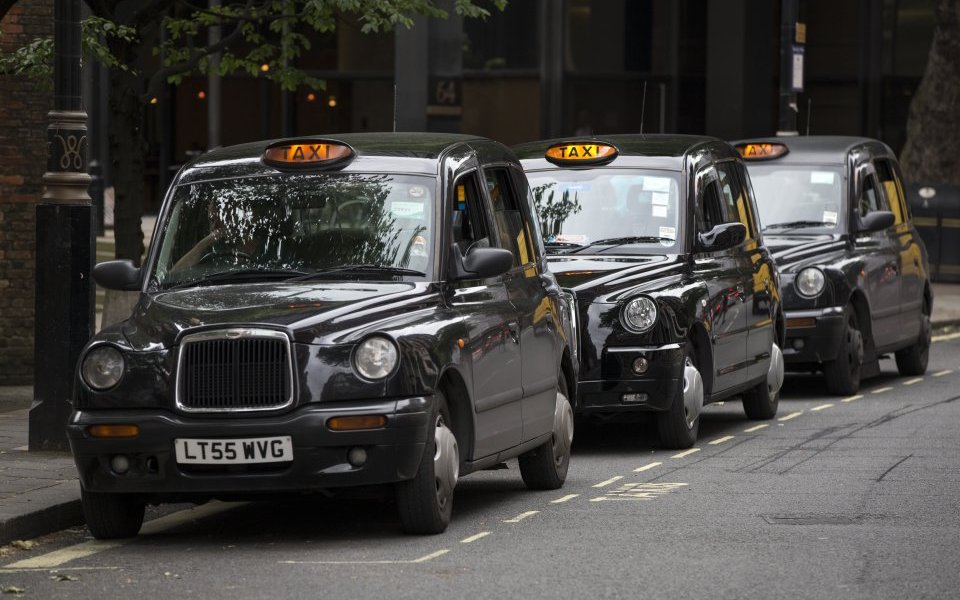 Also Transport for London has ruled that from January 1st 2018 all newly registered black cabs will either have to demonstrate that they are zero emission or electric. The London Taxi Company formed in 1948 to produce the modern black cab has changed its name in readiness to the London Electric Vehicle Company and introduced the first electric taxi last month. With that and Uber drivers to compete with, the traditional taxicab has its work cut out in the future.