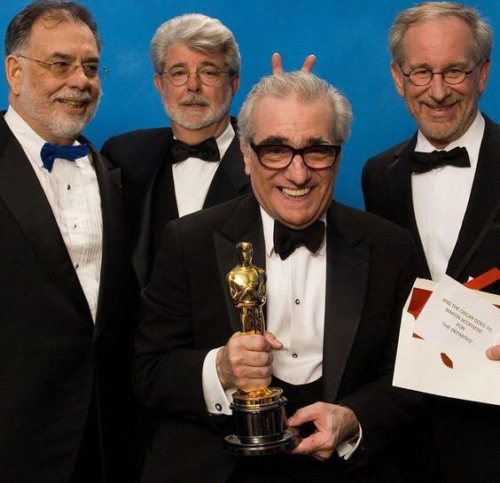 As the Hot Shorts Film Festival 2016 gears up to bring filmmaking talent to the capital on October 8th you can bet your life that the making of those shorts provided a fertile learning ground for all of those film-makers. Nothing beats going out there and doing it. But is active production an effective apprenticeship in its own right or does a film school background give film-makers a better grounding for cinematic success? It certainly prepares one for all the logistical and practical issues that might occur on the film production line and also you have the benefit of a qualified mentor to keep you on track. But how do all those lessons translate in the real world and is dogged determination and ambition sometimes just as or more important than a film school qualification? Well let’s look at the directorial success stories that answer these questions.

So Is Film School The Better Option?

NO – Writer-director Chris Nolan, the creative force behind billion dollar grossing blockbusters such as The Dark Knight (2008), never studied film he just made them with a passion. He decided against a course in either theoretical cinema or practical production and instead opted for a degree in English Literature at University College London, but while he was there joined its film society and produced a number of 16-millimetre short films. It has to be mentioned that he didn’t just pick up a camera one day and accidentally have some amazing talent fall out the sky – he had actually been making short films since the age of 7, using his father’s Super-8 camera.

YES – The titles Mean Streets, Taxi Driver and Goodfellas effortlessly drip off the cinematic lexicon and have pride of place in the most discerning DVD collections. Martin Scorsese honed those directorial talents at New York University’s film school, gaining a Master of Fine Arts after producing pivotal shorts such as What’s a Nice Girl Like You Doing in a Place Like This? (1963) and It’s Not Just You, Murray! (1964). Few can argue that the social and geographical benefits of hanging with the cream of the Big Apple’s New Wave would help propel his career to those unassailable heights.

NO – Quentin Tarantino enjoys the unique position of being something of a Hollywood auteur. His filmmaking signature is stamped all over his cuss-word littered, homage-laden film portfolio and he didn’t have a formal lesson of any kind. Well hardly. The closest he got to film school was flunking his acting lessons and using a previous job in a video rental shop as his film school of sorts. Tarantino believes: “Trying to make a feature film yourself with no money is the best film school you can do.”

YES – George Lucas’ billion dollar career with tent pole blockbusters such as the Star Wars and Indiana Jones franchises, on the face of it, suggest uni is where it’s at! Forever a fan of sci-fi, his University of Southern California (USC) short film Electronic Labyrinth eventually became his first feature, THX 1138. It flopped at the box office when released in 1971 but few can argue this uni short paved the way for what was to come. Lucas will no doubt maintain that the USC was instrumental in this, whether by foundations laid or contacts made. The day you can return to your old uni and donate $175 million dollars to them like it’s small change is the day you can argue that point with him!

NO – Despite his gravitas and scholarly air Stanley Kubrick was a full-on maverick in this respect. The nous and sound wherewithal for classics such as The Shining and 2001: A Space Odyssey came from a combination of meticulous attention to the mechanics of film and photography and a genius for visual story telling. But none of this was crafted in a film school. He was very much self-taught. Yes, it’s to be expected that any non-film school filmmaker will be his own camera-operator but by Kubrick’s own admission he was also: “ A cameraman, a director, editor, assistant editor, sound effects man – you name it.” And this leaping into the deep end gave him a well-rounded education outside the realms of a traditional institution.

The Hot Shorts Film Festival London is on October 8th at The Roxy, Borough High Street, London SE1. See a selection of stunning shorts by both film school and non-film school talent. Get your tickets here!