Home  /  Features, Movies & TV Shows, People, Promotions, Sports & Fitness  /  What Can I Do When I’m In Self-Isolation? A Guide:

What Can I Do When I’m In Self-Isolation? A Guide: 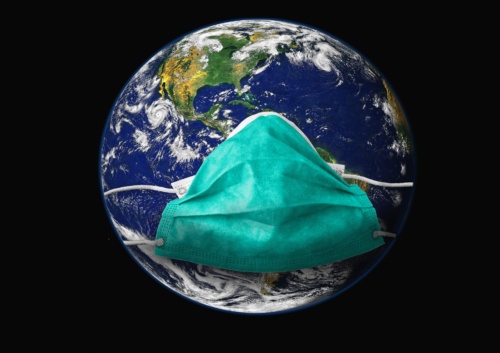 The NHS on the Coronavirus section of their website write:

“Stay at home for 7 days if you have either:

But what can you do at home when you’re not allowed to go out? You can almost definitely see an impact out and about, social media posts are gathering traction with deserted car parks and empty trains stations but many places also seem exactly the same, like the tube for instance. If more and more are self-isolating and you see more and more of your neighbours cars in their drives then it’s safe to assume more than once thought are taking the precautions to stay at home during this pandemic. Now advice should change on what you should do in self-isolation based on whether you have symptoms or not.

Things you can do if you are showing symptoms:

Watch everything you haven’t been able to

Perhaps a few films? Firstly, what’s very hot at the moment is A Quiet Place, which is now on Netflix and also NowTV. This will set you up nicely to watch the sequel and new release of A Quiet Place 2 which was due to be released on Thursday 19th March. A delay in release as a result of the Coronavirus was due to, John Krasinski, the Director and star said that he wants us to “all see it together.” The film itself is an epic look into a post-apocalyptic world where you cannot make a sound, by comparison it may help you think, “it could be worse!” as you settle in for the week.

Because you can’t head to the cinema, you will be confined to the wonders of streaming even more than before. So new flicks and TV shows to binge on these streaming sites and apps are a must to keep you occupied for your time in isolation.

Italians in lockdown all over Italy are keeping each other company by singing, dancing and playing music from the balconies. A thread to celebrate the resilience of ordinary people. This is Salerno: pic.twitter.com/3aOchqdEpn

There have been numerous videos from across the globe with people making the most of self-isolation from their balconies. From Italy to Spain you can see people playing bingo, dancing, enjoying music and in this case above you can see neighbours joining in together in time of a pandemic and making a bad situation much, much better!

Now this is slightly different to learning a new instrument or continuing your craft at an existing one but now could be the perfect time!

There’s always the one podcast you haven’t had time to listen to. The weekly and often daily content is too much to keep up with but now you have some time here are some podcasts to get you through it.

The Office Ladies – Jenna Fischer (Pam) and Angela Kinsey (Angela) host this podcast show as two stars of the American adapted version of The Office made by Ricky Gervais and Stephen Merchant. The two Office Ladies run through episode by episode and give the audience answers to dying questions, behind the scenes “fast facts” and everything else you’ve been wanting to know. Combined with guests from the show like Rainn Wilson (Dwight), Creed Bratton (Creed) and even writer of the Simpsons and Producer of the Office US Greg Daniels. Which all bundled together makes for some entertaining listening, and, with nearly 20 episodes there’s plenty to help you kill some time.

Those Conspiracy Guys – Something a little alternative but which makes for some easy listening if you’re like most others that are interested in the real-life murder documentaries. Which are taking off by storm. These guys talk us through some of lives possible conspiracies and delve deep into the information you may not have heard. They talk about some pretty rough subjects so you have to be prepared but they cover the possibilities of conspiracies from: Elvis to Freemasons; Area 51 to Paul McCartney; and even the Vatican to the Illuminati. There will be at least one episode from the years of content creation that will appeal to you! They take a lighthearted approach to a lot of sensitive subjects they cover making it entertaining and enthralling.

A week may not seem long enough and even two weeks to learn something new. But it’s time to get started on something that may keep your interest beyond having the Coronavirus or having symptoms. You can learn new languages from free apps meaning you don’t need to leave the house. It’s very possible you’ve wanted to learn something new before and even have something around the house, from sewing, knitting, even learning about something that interests you; wherein you can learn from home, from courses, to degrees and tutorials there will be something to grab your attention that won’t exert too much energy. The important thing is to rest and if you find the time or energy for any of these things it will help the time go by much faster.

I’m self-isolating but I’m well, what do I do?

If you’re locked away for seven days and are lucky enough to be fit and healthy then you have the additional bonus of being well enough to do anything that’s taken a back seat due to being too busy or see list above and below for other options.

Exercise from home
You may not have all the equipment to hand like Sergio Ramos from Real Madrid, but here we see him making the most of his time at home while the majority of football worldwide is postponed.

There are numerous workouts you can do without having to leave the home or even without any equipment. But this new found time can help you keep a routine to keep you from going mad in the house for seven days!

It may seem risky but actually with the elderly so at-risk, panic buying and the advice/orders to self-isolate for much longer they need plenty of help. From care-homes to neighbours it is a very difficult time where they are unable to get groceries and supplies, fill the time with usual activities. But since the pandemic, many care homes have taken measures to shut their doors to visitors completely. There are many local support groups being set up so do search depending where you are on your local Facebook pages and newspapers.

In London here are the following places to make contact with if you’re interested in volunteering: On Twitter @KingstonVTF are looking for young people to volunteer alongside the team of volunteer Cadets seeking to create a task force.

“Use #howcanIhelp to ask or offer practical assistance.” With many offers already throughout London, there’s bound to be many more offers and requests for the busy capital city.

All of us rely on others for help & the coming weeks will see carers & support networks impacted by #coronavirus. Use #howcanIhelp to ask or offer practical assistance. Already have offers of shopping/driving in NW, W, C & E London & Hastings. 1/2 pic.twitter.com/YnoHxLPgtv

It’s also not just the elderly. There have been massive issues countrywide with the increasing use of food banks. If there were issues before with getting people enough food, then the shortages and rationing from stores won’t help with those that rely on food banks either. The message to people across the country is to not stockpile but only get enough for self-isolation, and if you have enough to donate to your local food banks.

After the football was cancelled at the weekend, numerous clubs across the country donated their unused food to charities near them. It’s reported that London club, Tottenham Hotspur, are donating over 1200 food and drink supplies after their match on Sunday was postponed, as with many other leagues seeing not action until 3rd April at the earliest.

The importance of self-isolation: