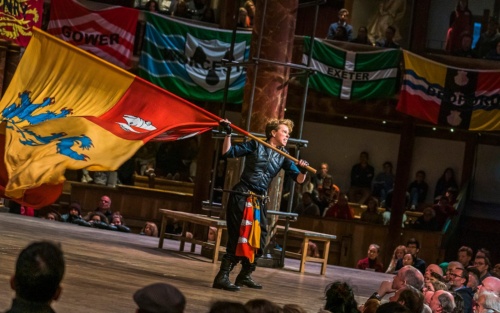 Prince Harry hanging out in taverns with his rowdy mates, much to the disappointment of his father who prefers behaviour more becoming of a prince. The plot sounds vaguely familiar but with our own Prince Harry now happily wed and out of the clubs, rewind 600 years to the years preceding the Battle of Agincourt with nobleman Henry Percy or ‘Hotspur’ stirring rebellion against King Henry IV.  While Shakespeare caught the tension, intrigue and political ambition of the period, The Globe cranks up the rowdy, crowd-pleasing elements which are modelled on authentic Elizabethan outdoor theatre performance and work well on a touristy audience of all family ages.

Casting Michelle Terry as Henry Percy (‘Hotspur’) shows a fearless commitment to meritocratic casting and an interesting approach to the expression of masculine energy. The gender fluidity across characters is refreshing but Terry’s performance as Hotspur is the best example of how seamlessly the ensemble switch gender roles. In one touching scene with his wife, Lady Percy we are shown Hotspur’s forceful, ambitious nature has no signs of abating even where there is a gentle conciliatory kiss for his wife concerned about his enterprise. Hotspur is a rebel intent on overthrowing none other than the king so you can understand her concern!

Although Michelle Terry captivates with a forceful, laddish energy that keeps the audience on edge and expecting bursts of violence either through speech or action, Sarah Akwindo steals the show with her mercurial, spirited portrayal of the immature, tavern-loving Prince Hal, heir to the throne of England. A whirling dervish of a performance designed to show the prince driven by the unbridled energy of youth and without wisdom or counsel. Unfortunately, the prince’s closest mentor is the dodgy, unscrupulous, drunk Falstaff, always at the centre of some connivance or larky episode. Whether it’s the drawing of swords or falling asleep halfway up a ladder during a Sheriff’s search, Falstaff plays to the crowd more so than any other character. 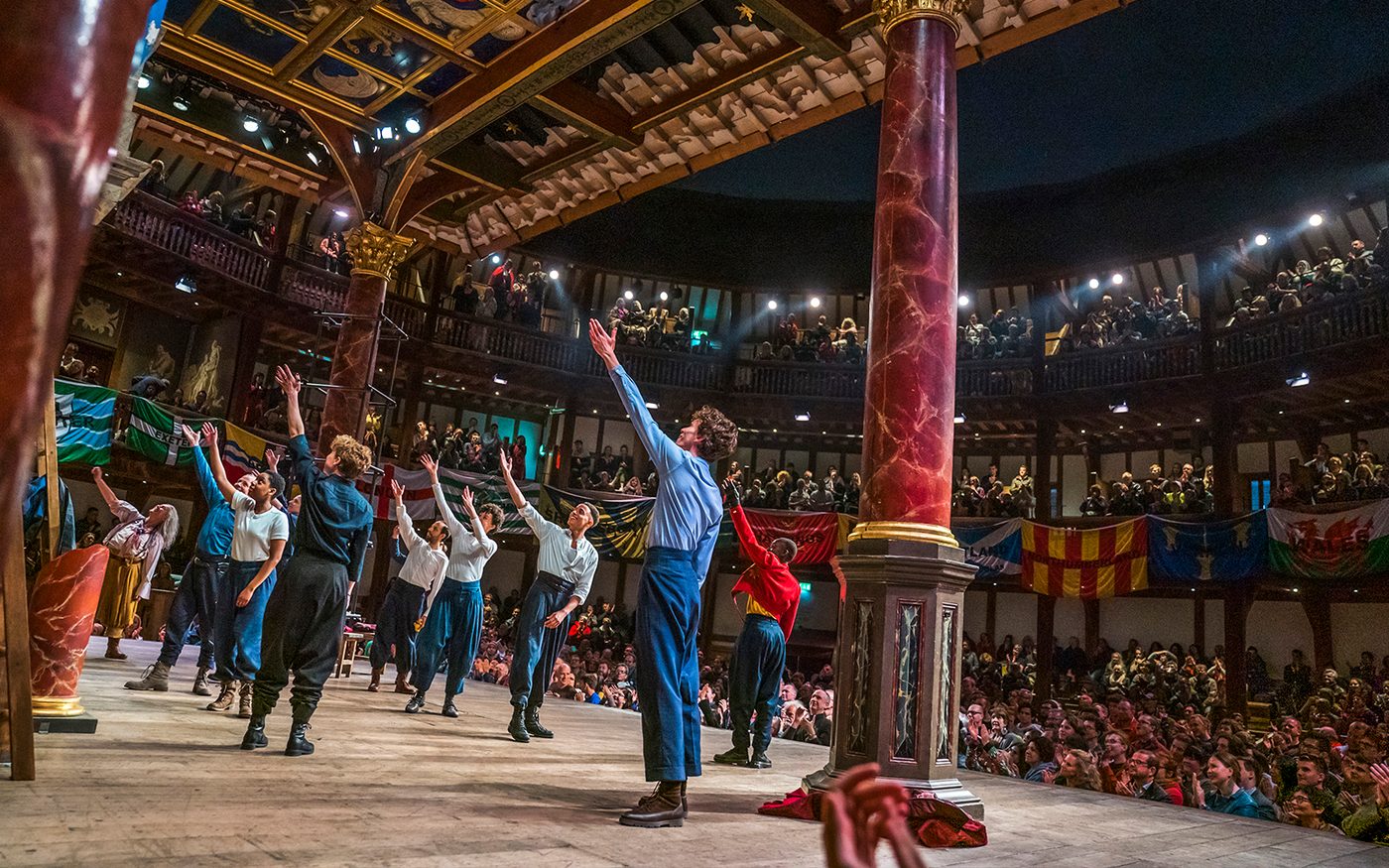 Helen Schleslinger’s white-haired, ruddy-faced portrayal of Falstaff is never over the top. Yes, that shock of long white hair and beige breeches soon become an easily identifiable uniform of rowdiness but it’s never allowed to boil over into pantomime. The political subtleties of the court of Henry IV dissolve slightly with Hal, Falstaff and his cronies in their playful pomp – but this entertainment-focused direction is essential. Let’s get real. 60 per cent of the audience aren’t English. How are they going to follow all this ramped up pre-Agincourt intrigue delivered in heavy Elizabethan text unless the direction has some kind of romping energy to draw them into the narrative? And it does. Audience-rousing? Probably, but that’s not a bad thing for an audience! And anyway, as mentioned before, the typical Elizabethan theatre had to be pretty audience-rousing to compete with the racket that comes with performing outdoors. What we have here is a commitment to authenticity and respect for tradition.

I’m not sure we’re totally sold on Prince Hal and Falstaff as super-pally. There’s something in the directing that distances them – both in an emotional sense and as regards taking up physical space on stage together. However, they’ll still probably be your favourite two characters in this production. The mercurial Hal, larger-than-life Falstaff and rebellious Hotspur can all lay claim to star of the show and over the centuries it has become difficult to put your finger on the exact order of star billing. And so in 2019 it continues.