Get Up, Stand Up Now (Exhibition) 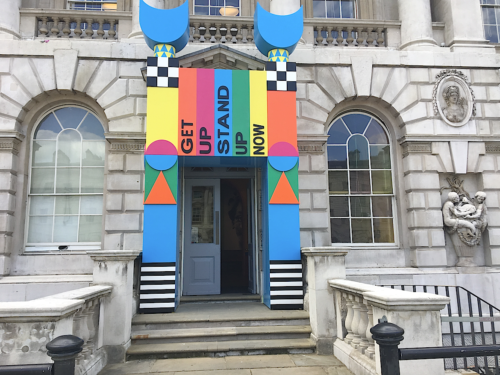 Review of: Get Up, Stand Up Now (Exhibition)

Nothing best illustrates the dissolving of social inequalities in Britain over the centuries than the venue for this exhibition. Somerset House was once owned by Georgian aristocracy and has retained much of its noble presence even though its Neoclassical courtyard is now just for the tourists and open-air arts events. Fast-forward to 2019, and the entrance to its West Wing has been painted multi-coloured to promote the Get Up Stand Up Now exhibition celebrating 50 years of Black creativity in Britain and beyond.

Curated by artist Zak Ove, it draws inspiration from his father, Trinidadian artist, photographer and filmmaker Horace Ove and celebrates a selection of 100 or so Black creative pioneers who voice the Black British cultural experience. One of the first exhibits you come across as you follow the arrows round is the original film reel from A Hole in Babylon, a 1979 film directed by his father about three black youths who rob an Italian restaurant and trigger a siege. Alongside it is a 14p copy of Radio Times (1979) with the Empire Road cast on the front cover and Norman Beaton’s familiar face prominent. It was the first British series with a black cast, writer and director.

There are many such display cabinets with an assortment of items documenting the black cultural experience. Some deliberately jumbled, others more homogeneous. One such display features books by game-changing black writers. Sam GreenLee’s The Spook Who Sat By The Door is notable because of the uncompromising tone of the graphics and font. Spook? The word has two meanings in America and the title was probably chosen for that reason. If the style cries out ‘blaxploitation’ the content certainly doesn’t. 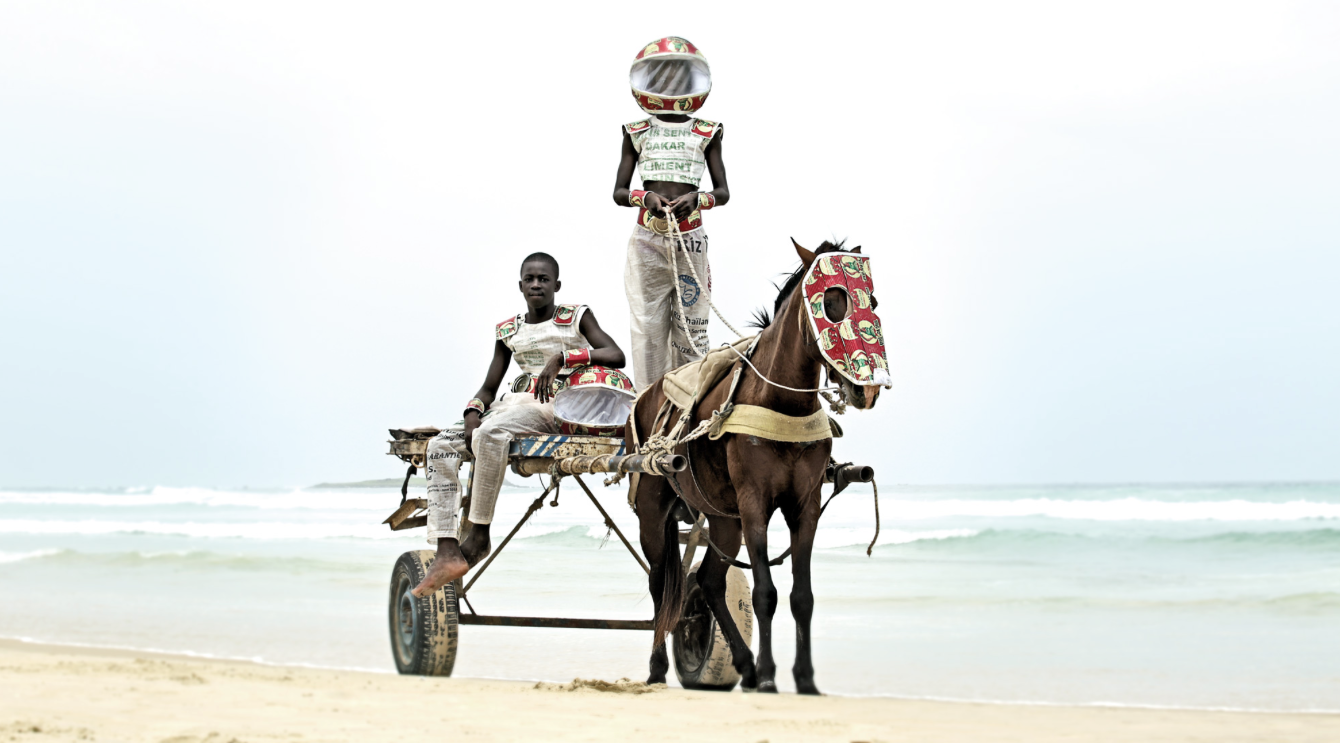 But it isn’t solely a museum-style exhibition of cultural items through the decades. There are paintings, photography, sculpture, and text work from contemporary artists with messages which are both subtly impressionable and uncompromisingly bold. A photograph of a black fist emerging from a traditional English cup of tea gives you a hint of what’s on offer before you have barely entered the first exhibition room but by the final room you are pleasantly surprised at the breadth of expression.

Don’t miss the formidable huddle of sculptures that draw from Afrofuturism: Zak Ove’s clanky yet dignified alien astronaut Umbilical Progenitor wouldn’t look out of place in a Star Trek movie or even Marvel’s Black Panther flick and in the same room Alexis Peskire’s Aljana Moons II compliments the mood of the space with its depiction of a Senegalese boy and girl dressed in spacesuits but travelling by horse and cart.

Recorded interviews with Windrush spokespersons take you on an informative journey through the black experience in the 1950s, 60s and 70s. They were captured by writer and filmmaker Ishmahil Blagrove Jr while researching his book Carnival: A Photographic & Testimonial History of the Notting Hill Carnival, which he co-wrote with Margaret Busby. He spoke to cultural leaders such as Roy Sawh about racism, social justice and political representation.

The curious confluence of race, customs and culture are revealed in this interview. Roy Sawh is vocal about the intolerance of the era and his personal experience of some London pubs, which he claims served black customers last no matter where you were in the queue and he witnessed a landlord smashing pint glasses in a fireplace after the blacks had finished using them. Sawh appeared aghast and claimed he thought it was a custom the English copied from the Greeks who break dishes at weddings! You’re never quite sure if his comments are tongue in cheek, especially when he says this was said to a policeman called to arrest him at the pub. Sawh and his mates (all black) had smashed their pint glasses in exactly the same way and the ‘Greek custom’ plea helped them avoid arrest.