Hot Fest: A Spring Trip To The Cheltenham Festival 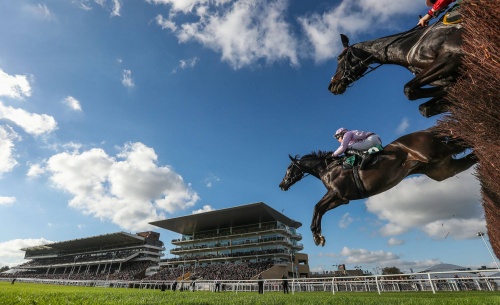 If you know much about the Cheltenham Festival, you know that it’s strongly associated with the early days of the spring season – which is to say at the time of this writing, it’s still about eight months away! However, that’s actually not a bad time to start thinking about it if it’s something you’d like to work into your schedule. Whether you live in London and you’re on the lookout for things to do around the country, or you’re travelling from abroad and plotting out your itinerary, the Cheltenham Festival can be a terrific option. And with a little bit of advanced planning, you can enjoy it to the fullest. So we’ll get right to it!

What Is The Cheltenham Festival?

The Cheltenham Festival is a National Hunt meeting with one of the biggest prize purses in Britain, which is another way of saying it’s a very important collection of horse racing events. Held at the Cheltenham Racecourse at the northern edge of the Cotswolds, it’s set among beautiful surroundings and, as one guide writes, is known for epitomising the sport. The races (of which there are many over the course of four days) involve horses from around the UK and Ireland, and generally attract an enthusiastic – even, at times, somewhat boisterous – crowd.

The Cheltenham Festival is always held in mid-March, and always over a four-day span from Tuesday through Friday (setting you up for a nice long vacation as it runs into the weekend). In 2019, the specific dates will be Tuesday, 12 March through the 15th.

Getting There From London

If your plan is to visit the Cheltenham Festival from London, there are several fine options. Train and bus rides can be fairly well priced and will get you there in a matter of hours. Alternatively, however, it’s only about a three hour drive (or possibly a bit less), and you get the added benefit of driving through the Cotswolds – generally regarded as one of the most beautiful areas to explore in all of the UK. You can actually sift through self-drive tours of the Cotswolds if you want to allow an extra hour or two to explore some of the most scenic routes in the area, before heading to the northwestern edge and toward Cheltenham. If you have the time, it’s worth it to add a little bit of sightseeing to the whole experience.

Tickets are among the reasons it’s important to plan a trip to Cheltenham months in advance, if you’re able to. The tickets are already up for sale  and are broken down into different seating areas for the four different days of the festival. So, rather than buying tickets to a specific race, you’re effectively purchasing a pass to a whole day (the four days being, in order, Champion Day, Ladies Day, St. Patrick’s Thursday, and Cheltenham Gold Cup Day). At this stage the most basic entry passes range from £76.00 on Champion Day to a high end of £126.00 on Gold Cup Day, with various prices in between. You can also purchase slightly more expensive passes to gain access to places like the Final Flight Bar for post-race mingling. As we get closer to the 2019 festival a resale market for passes will likely develop, but booking through the site is your best bet for early planning.

The best way to experience this event is to attend all four days and see as much of the action as possible. But there are specific races that highlight each day: in order, the Champion Hurdle, the Queen Mother Champion Chase, the Festival Trophy, and the Cheltenham Gold Cup. Races aside, there are also elements of the grounds and the general celebration to prioritize. For instance on the grounds you’ll want to take advantage of the Guinness Pavilion, as well as a whole range of bars and restaurants including the Golden Miller Champagne Bar, the aforementioned Final Flight Bar, and the Winged Ox Bar & Terrace, to name a few. As for events, aside from the races the main highlights are Ladies Day, which is something of an eccentric, grounds-wide fashion show, and St. Patrick’s Thursday, which is a party with a name that speaks for itself!