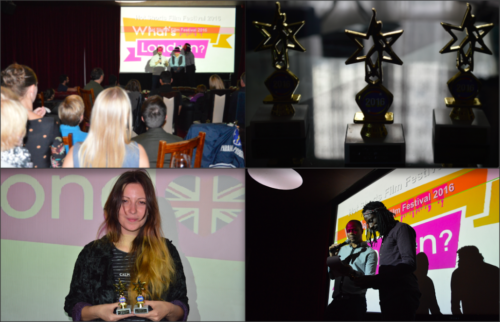 It  was red carpet night at the Roxy on October 8th! A weekend when the cream of short-filmmakers and emerging talent were invited to show the world what they were capable of. And once they had braved the videographers trying to squeeze an interview out of them before they even took their seats, the festival began in earnest.

In its debut year, the Hot Shorts Film Festival sought to go further than the typical festival by honouring the unsung heroes involved in the integral areas of short film production rather than just hand out the customary Best Film award. Recognising that these crew often go unnoticed and unpaid we introduced categories which we believed would publicly endorse their skills to industry members, guests and the wider world. It was a packed venue with all seats taken and the eager audience treated to a delightful and diverse selection which ranged from horror shorts such as the light-hearted zombie movie Team to political dramas which sought to educate and raise awareness such as Three Minute Warning (Dir. Iqbal Mohammed).

Triumphing in the audience vote for Best Film, was Hernan Quintero’s risque comedy To Those Who Dare, and he also picked up the Best Director award. Another double award winner was experimental short Underwater, directed and edited by Elena Kovalenko (in photo). Best Actor went to the youngest actor of the night David Criville for the harrowing domestic drama with a twist in the tale Cowboys and Indians. This same actor picked up an additional Hot Shorts Film Festival 2016 Special Mention from the jury for his prodigious acting talents. The judges insisted on a 2nd Special Mention for Kathryn Hanke’s versatile and stand-out acting skills in Polterheist, a tale about a dead villain who communicates through a psychic medium. She also won the audience vote for Best Actress.

Congratulations to all our winners, runner ups and attendees. Indeed, all the film-makers! And let’s not forget our hard working judges: Angus Gafraidh, Mickey Steevo and of course Johnnie Oddball – who you might recognise as organiser of The National 48hr Film Challenge. 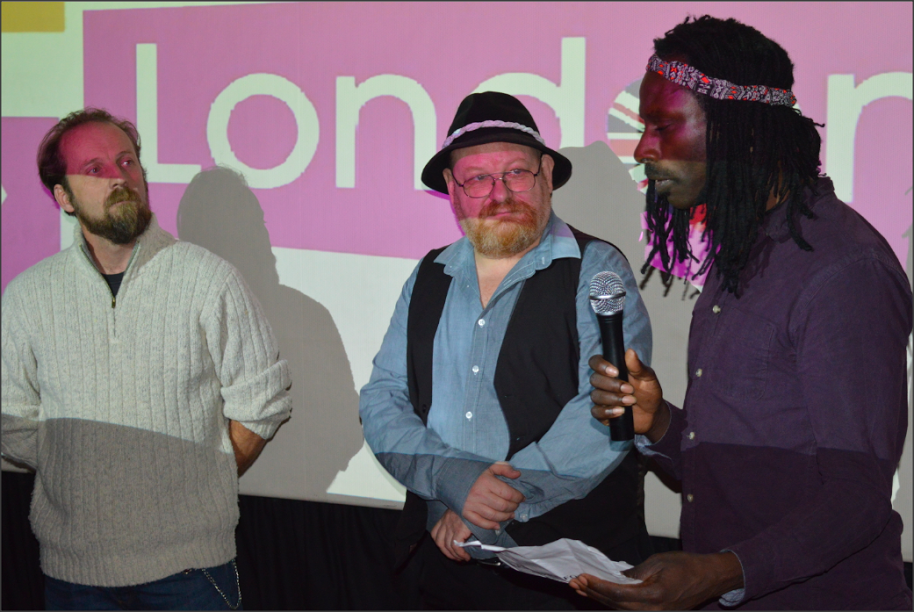 A full list of winners and runner ups is below.

BEST ACTRESS – Kathryn Hanke (Polterheist). RUNNER UP – Tone Kilbera (To Those Who Dare)

BEST SET DESIGN – Jose Luis Drive (They Will All Die In Space). RUNNER UP – Vlad Buzaianu (Dreams on Sale)

BEST COSTUME – Happy Thoughts. RUNNER UP – Clara Bilbao (They Will All Die In Space)