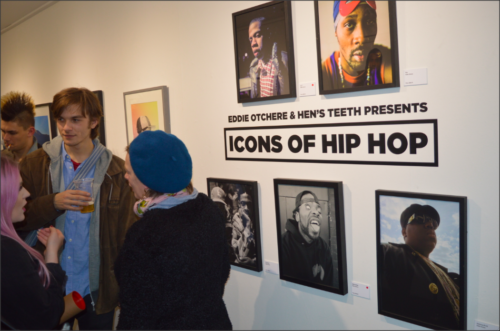 BoxPark in Shoreditch is increasingly making a name as the place to be for buzz gigs, pop up art exhibitions and all manner of in-store creative cool. The Icons of Hip Hop exhibition by photographer Eddie Otchere is one such urban gem, documenting as it does, his experience snapping rap royalty throughout the decades.

These include Biggie Smalls, Jaz Z, Ice T, Pete Rock, Snoop Dogg, and Wu-Tang Clan’s Rza and Method Man. Every one of them a personal portrait  from an obliging rap artist rather than the grabbed atmospheric snap which is sometimes the case when framing busy superstars. He gained their permission through straightforward means – direct contact using the details on their album covers. According to Otchere, 90s artists such as Biggie Smalls and Pete Rock were so approachable during their visits to England because of the scarcity of black people here and therefore happy to accommodate a black photographer.

And it was his pure love of the music which drove this passion. He graduated from the London College of Printing and pursued this creative vocation, culminating in iconic shots of the era’s leading lights during the 1990s and onwards. Major international magazines such as Mixmag and Urb sought out his work for their front covers and he continued to exhibit globally, responding to demand while expanding his portfolio.

The exhibition includes limited edition prints, vinyl box sets and copies of DJ Semtex’s ‘Hip Hop Raised Me’ book which features many of his photographs. It runs from Feb 2nd to March 1st at The Pop Up Shop, Box Park, 2 – 10 Bethnal Green Rd, London E1 6G 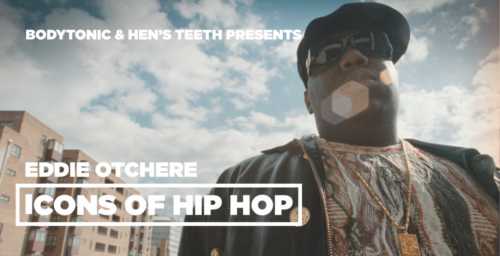