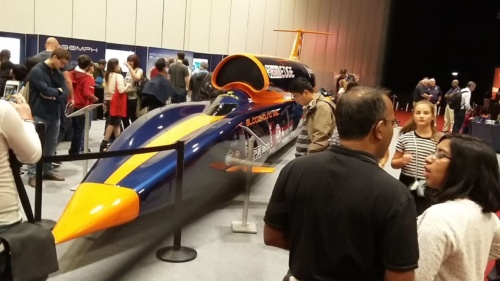 New Scientist Live at the ExCel Centre over the weekend featured exhibitors, talks, presentations and demonstrations in all areas of science, technology and medicine. Even Star Wars had its own easily spotted presentation area where you could learn all about the real-life technology behind Luke Skywalker’s robotic arm and the actual robots used in the most recent films. There were physicists discussing cosmology, biologists comparing human and chimp hair follicles and so much more on the Cosmos Stage, the Human Stage, the Technology Stage, The Earth Stage and The Engineering Stage.