Home  /  Drama & Theatre, Highlights  /  Nightwatchers at the Tower of London

Nightwatchers at the Tower of London 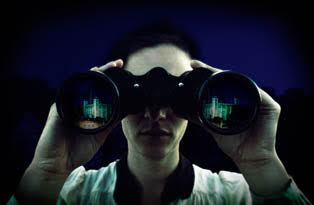 Stuck for something to do on Halloween night? Well if you’re seeking theatre with a difference, where the lines between performer and audience may be a bit ambiguous, digital theatre company ANAGRAM presents Nightwatchers an immersive theatre event you won’t be forgetting in a hurry. Based in the genuinely creepy prison environment of the Tower of London participants have to navigate themselves around their confines with the help of covert messages and phone calls.

The historical setting for this immersive experience is just as unnerving and ambiguous, switching from Elizabethan England to modern-day London. The Towers have a gruesome history, its captives include Guy Fawkes the Catholic who plotted against the monarchy and also the many spies that were executed within its walls. So history is one of the more obvious themes presented here by this Bristol-based production company along with secret surveillance, state investigations, justice, faith and religious extremism. However, the predominant theme is – in an age when global surveillance is on the increase who watches the watchers?

Running from October 30-31 and November 4-7 that’s Halloween and Guy Fawkes Night conveniently covered! There are 45 minute entry slots and the event is described as suitable for over 16s with tickets priced Adults £20, Concessions £18 and Previews £16. Wheelchair access is unavailable because of the Towers’ staircases.