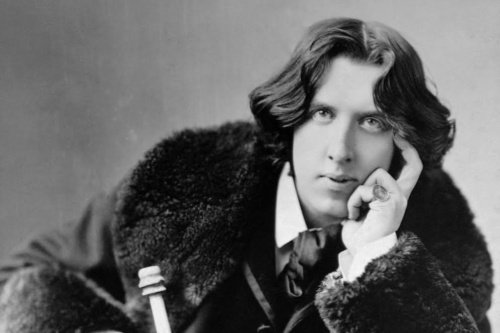 October is a month studded with the birth dates of Britain’s greatest ‘pens’ from Oscar Wilde to Samuel Taylor Coleridge.

Although born on this day in Ottley, Devon in 1772, poet Samuel Taylor Coleridge lived in Highgate Village for the last twenty years of his life. Today the picturesque London suburb is still a leafy attraction for creative types but back in the 18th-century poets such as Coleridge and Keats settled there when it was literally a village in both name and nature and a welcome environment for those with lofty poetic aspirations.

Coleridge was both a member of the English Laker poets and co-founder of the Romantic Movement – a credit he shared with William Wordsworth. He was also a literary critic although more widely recognised as the writer of some of the nation’s most celebrated poems, including the Rime of the Ancient Mariner and Kubla Khan. He famously wrote Kubla Khan after having an interrupted dream. So the story goes, his dream state was abruptly cut short by a mysterious Man From Porlock knocking on his door. This disturbance made Coleridge forget the contents of this dream and so the poem remained fragmented and unfinished. Despite this, Kubla Khan became a classic while The Man From Porlock became an urban legend.

This contemporary of Coleridge was the leading English critic of the day but also a fellow poet and essayist. However, James Henry Leigh Hunt is best remembered as magazine critic for the Examiner and the Liberal and his ruthless and eloquent attacks on whoever fell foul of him. This infamous pen-lashing would earn him two years in prison after his powerful victim the Prince Regent sought vengeance through the legal system. Not even Hunt’s high society pals such as the poets Lord Byron, Keats and Shelley could save him from incarceration once he had crossed that untouchable line. (Although there were prison visits from Byron!)

Leigh Hunt’s later success as a magazine entrepreneur was mainly dependent on the high profile of his biggest benefactors Byron and Shelley, two of the leading poets of the day. Shelley wanted Hunt to start a new magazine with he and Byron as partners in kind. The death of Shelley in 1822 meant Byron’s contribution to the Liberal later became lukewarm until it disappeared completely. Hunt’s fortunes more or less followed suite. Back in 1819 he was the centre of activity, with all the English literati meeting at his Hampstead home with such regularity that they were nicknamed the Hunt Circle or Cockney Circle. By 1834 he was experiencing poverty and struggle as his star-power began to wane.

Think ‘Oscar Wilde’ and you’ll probably conjure up images of effusive luxury, dandy and effortless wit. This Irish playwright and novelist had all of these qualities and much more, cutting a societal dash as he made his mark on London’s theatre scene in the late 1800s. His career path up until this point included working as a journalist in London and also lecturing in North America on the “English Renaissance in Art.” His love of art, sensual pleasures and the English language would often come together in his greatest works.

Alongside Leigh Hunt, Wilde was another member of Britain’s literati who wrestled with a legal system which sought to protect the status quo. In an age when homosexuality in England was still illegal he was accused of gross indecency with men, a charge triggered by a public spat with the father of one of his lovers. If you lock horns with someone as powerful as the Marquis of Queensbury then a quick wit and a decent lawyer will only get you so far. Wilde did two years hard labour, left for France never to return to Britain again and died in poverty three years later aged 46.