Of Moguls in Pop 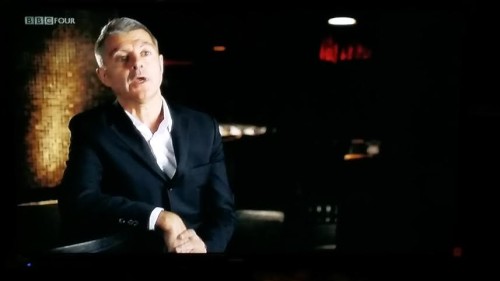 Is the traditional pop svengali dead in the age of social media where info is easily shared directly from star to fan with little use for a middleman? How did PR teams in decades past promote their acts? This BBC4 documentary sought to answer those questions, unlocking the secrets of how household names established their musical brand.

The word mogul comes from Mughal, an Eastern empire tracing its roots back to the formidable Mongols of Genghis Khan. This association with absolute rule is not lost on some of the ruthless managers and PR people in and out of the pop industry. The programme shows how even though such empires have long since disappeared the political powers that be still seek a stealthy hand in everything – even popular culture. In the 1990s Tony Blair’s Labour government, seeking to ride high on the popularity of Britpop courted its uncrowned kings Oasis through their legendary manager Alan McGee and the term Cool Britannia was born. This branding worked in the same way the term Swinging Sixties, Britain’s golden age of pop music, fashion and art, was associated with Harold Wilson’s tenure as Prime Minister. So TV footage of Noel Gallagher sipping champagne at Downing Street was, no doubt, a spin doctor’s dream. Labour was re-elected in 1997, there was a surge in optimism and the Britain of The Beatles and Mary Quant was cool again thirty years on.

Once Britpop & Cool Britannia had firmly attached itself to the public psyche, selling a new band became just a matter of good timing and awareness of the zeitgeist. The programme’s best example of this was indie band Suede who emerged despite the popularity of US grunge band Nirvana and all things American. In 1992 in a cheeky PR coup Suede were touted as the best new band in Britain even before they had released an album. The press bought into it and those same over-inflated words made many a front page, leading to the band playing to sell out gigs all over the country. Their album eventually became the fastest selling in a decade, banishing Nirvana to a distant memory (for a while anyway). Their fortunes would remain somewhat tied as front man Kurt Cobain’s death in 1994 led to grunge shifting in a new direction and Bernard Butler leaving Suede in the same year having a similar effect on the band.

We’re also informed how Taylor Swift used her social media savvy to great effect – getting her team to research her most devoted fans and then filming herself wrapping specially selected Christmas gifts for a lucky few. The reactions as they’re delivered are also caught on camera and went viral pretty quickly. An earnest gesture by a grateful star or just some cheap PR? The answer is anybody’s guess but shows how the power behind the throne is sometimes the star sitting on it.