On The London Graffiti Trail: Shoreditch 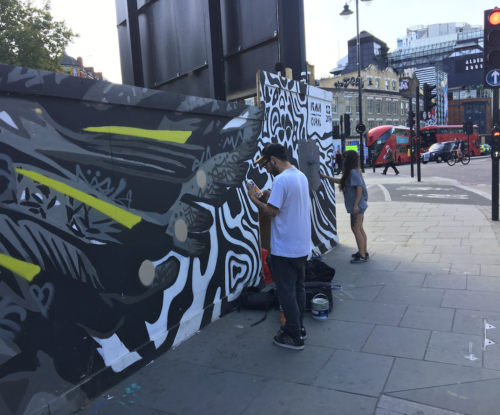 SHOREDITCH is a hub for street muralists and budding graffiti Michelangelos and in 2004 Banksy made his name here with his politically-charged stencil-based imagery.  A few days ago, his famous Giant Rat mural on The Foundry building, Old Street/Great Eastern Street was ceremoniously cut out of the concrete by site developers Squire & Partners who saw it as a precious cultural item. Below is some work by lesser known and anonymous graffiti artists who use the Foundry walls and courtyard as their canvas. 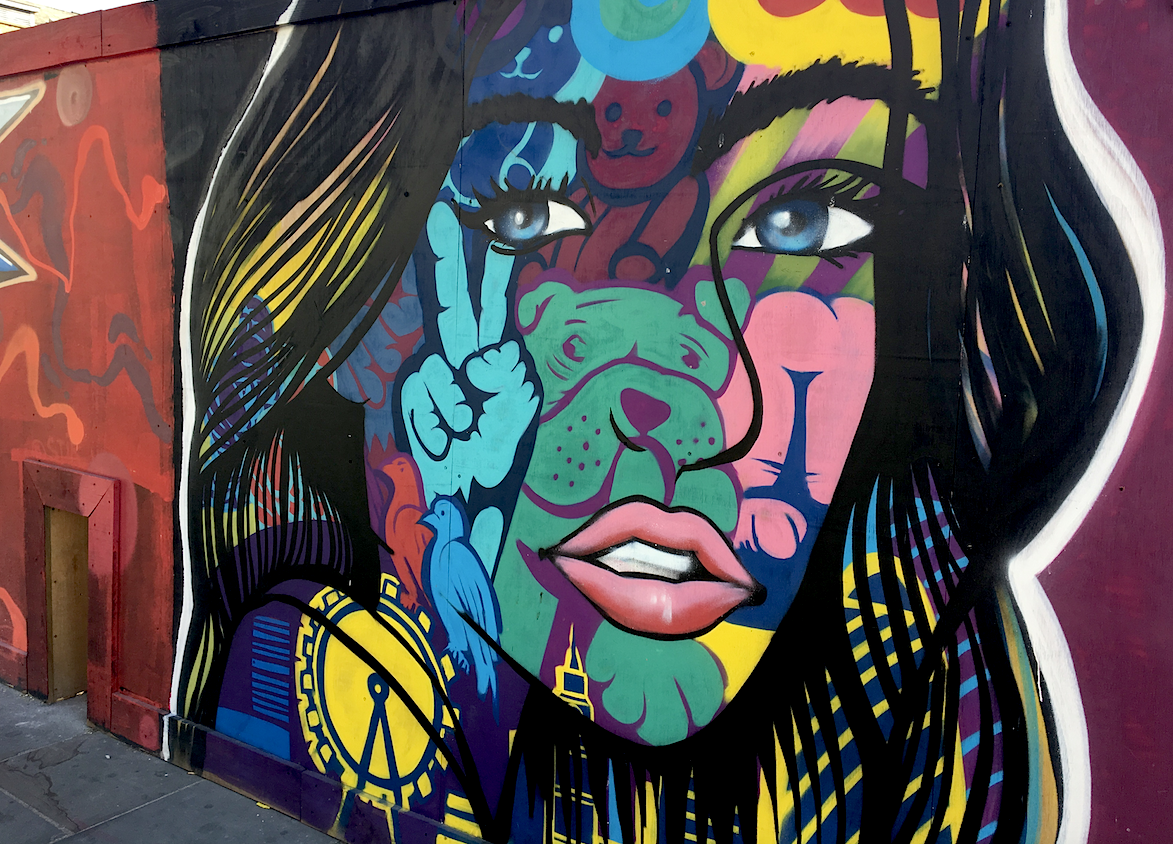 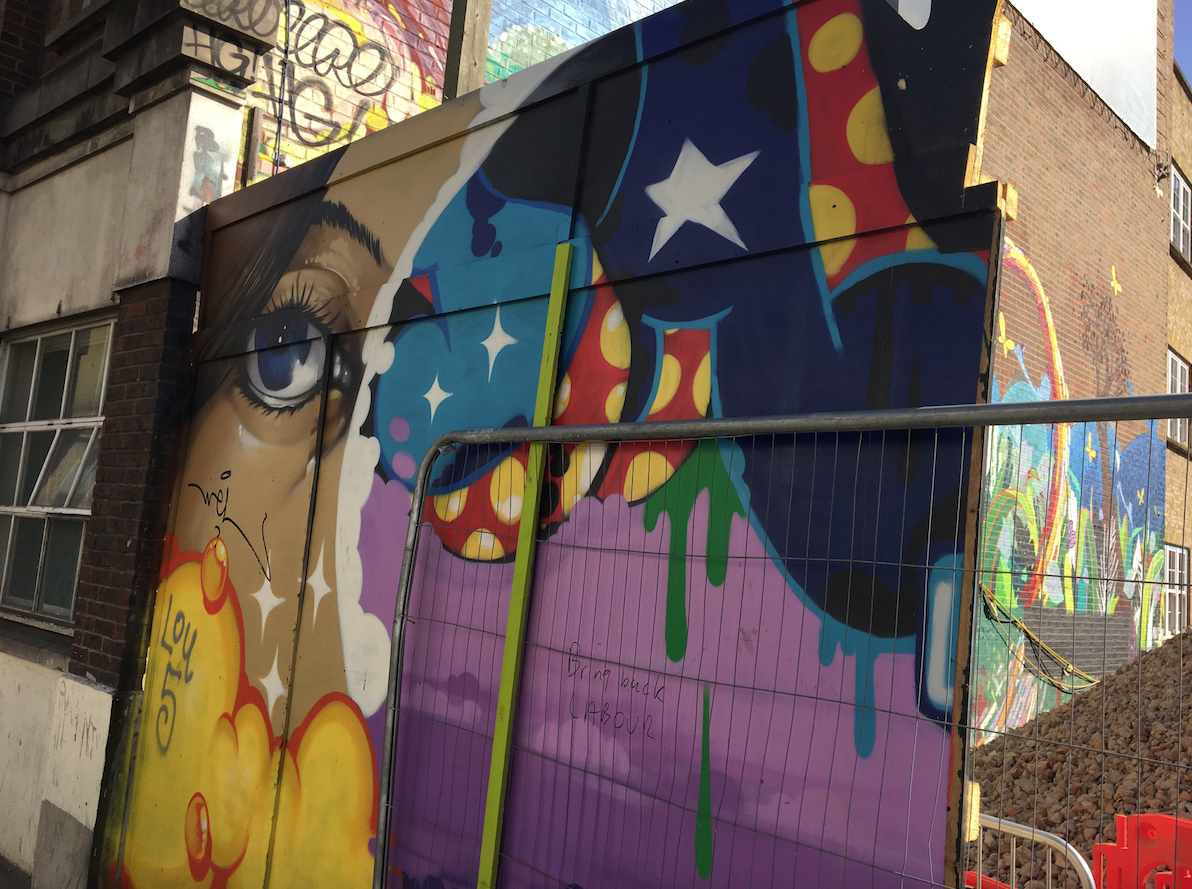 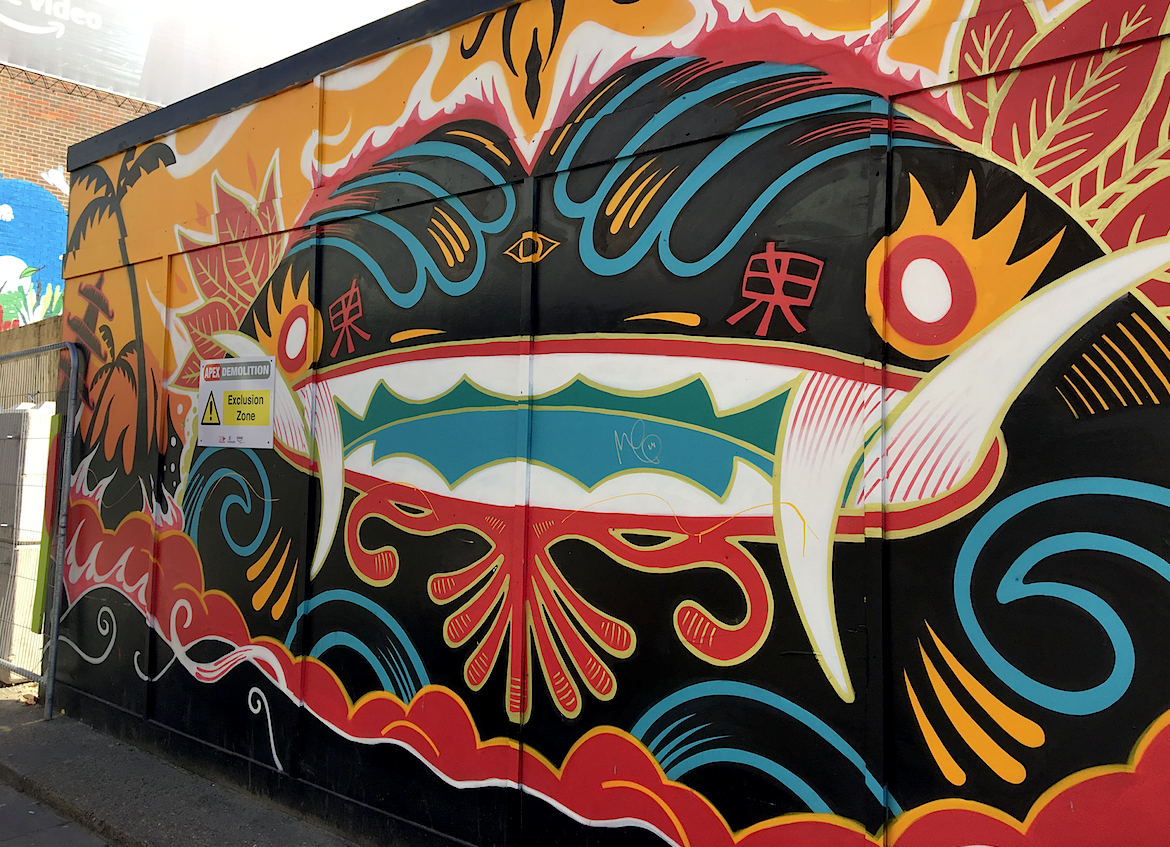 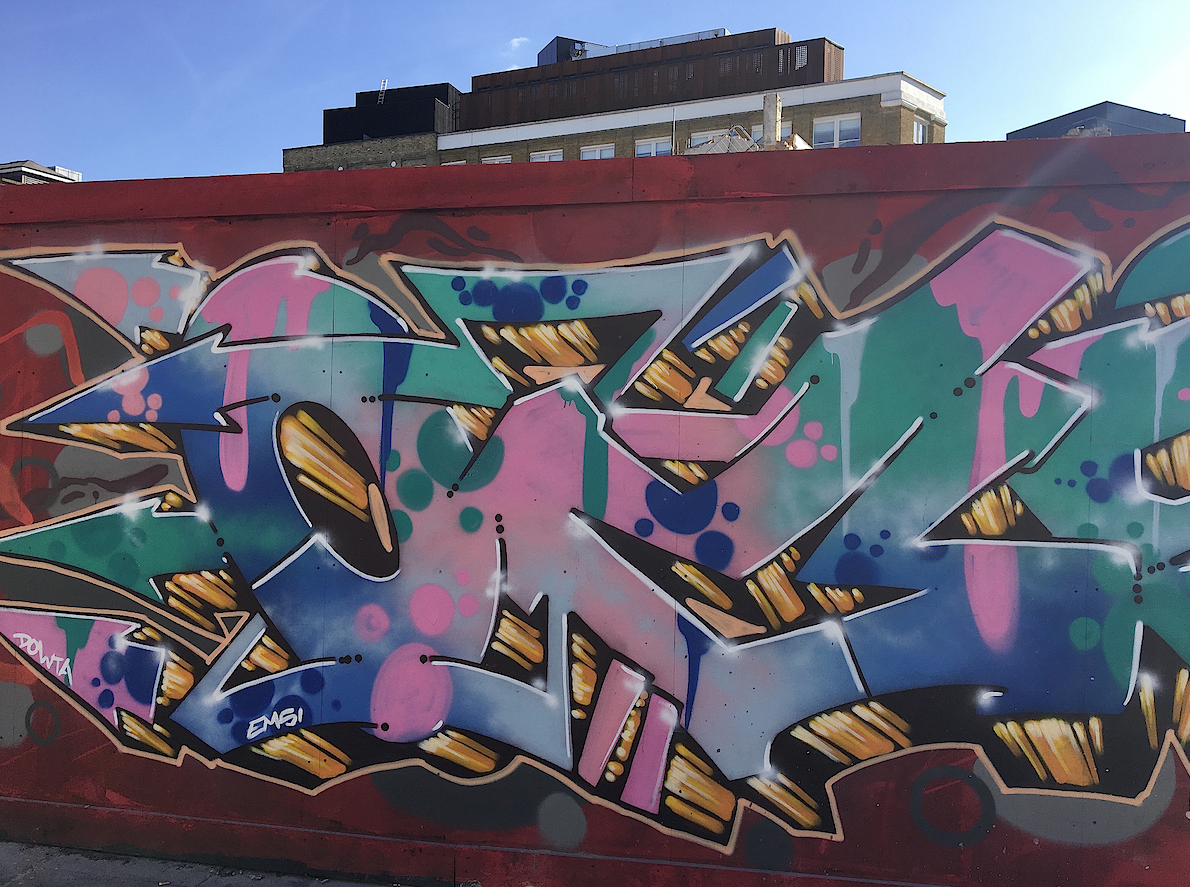 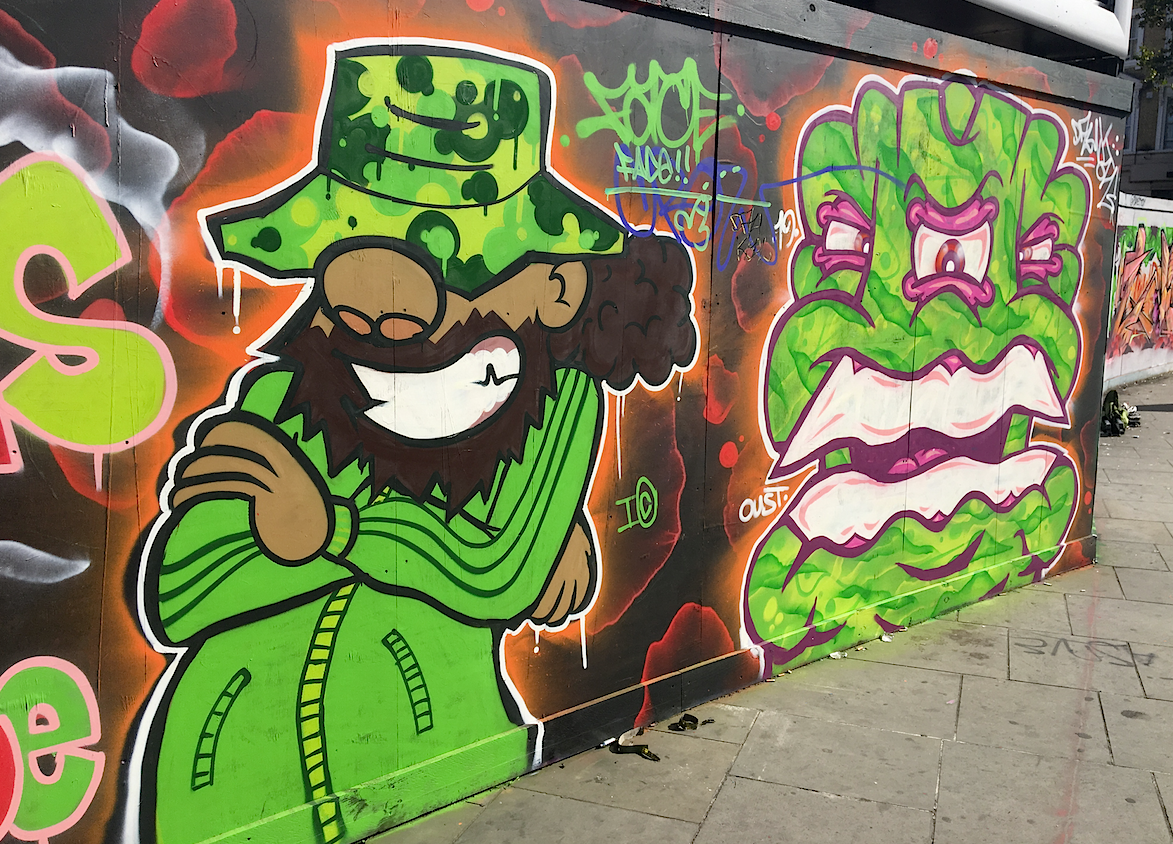 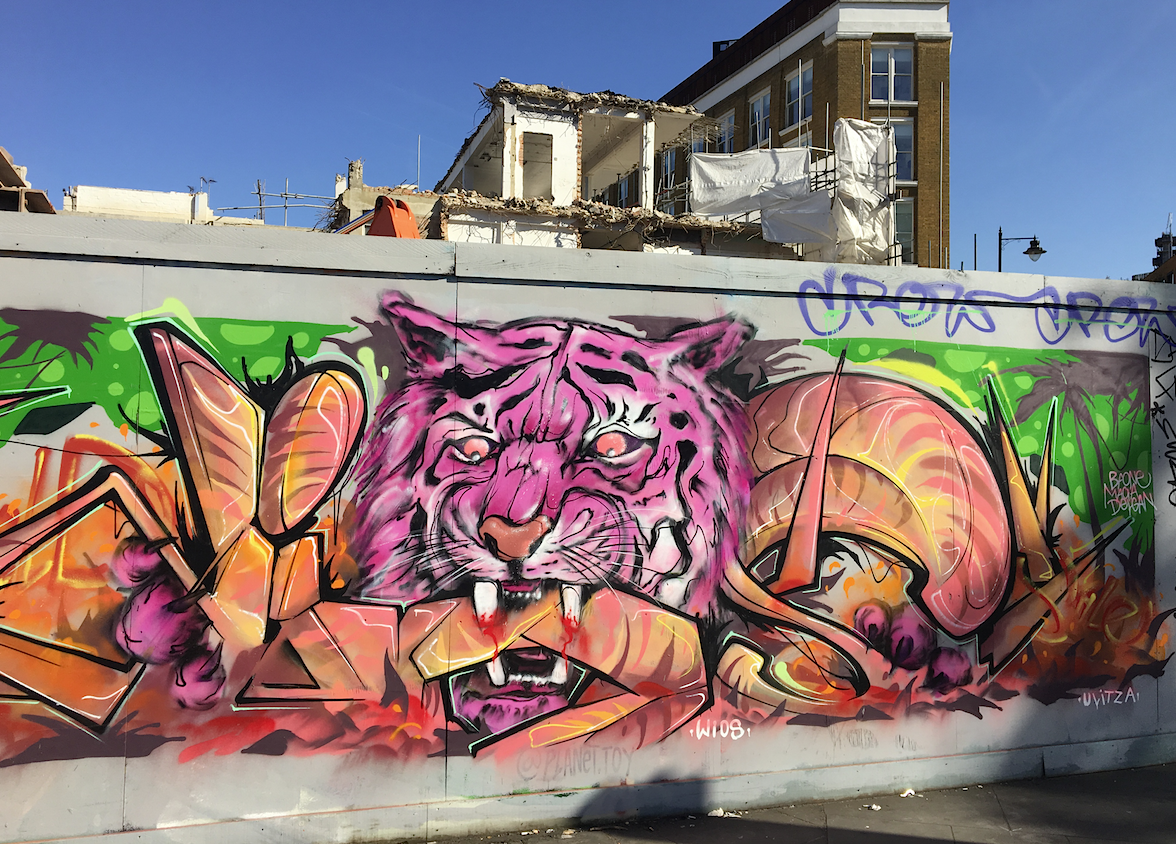 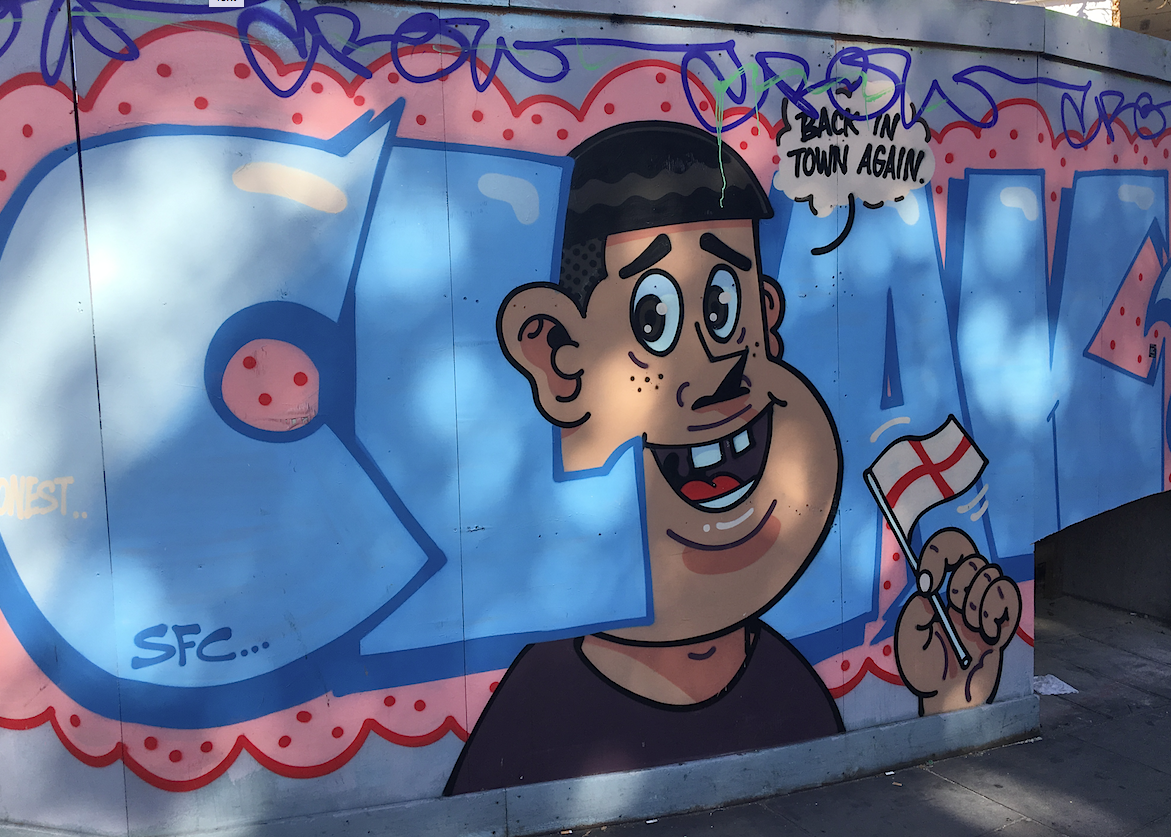 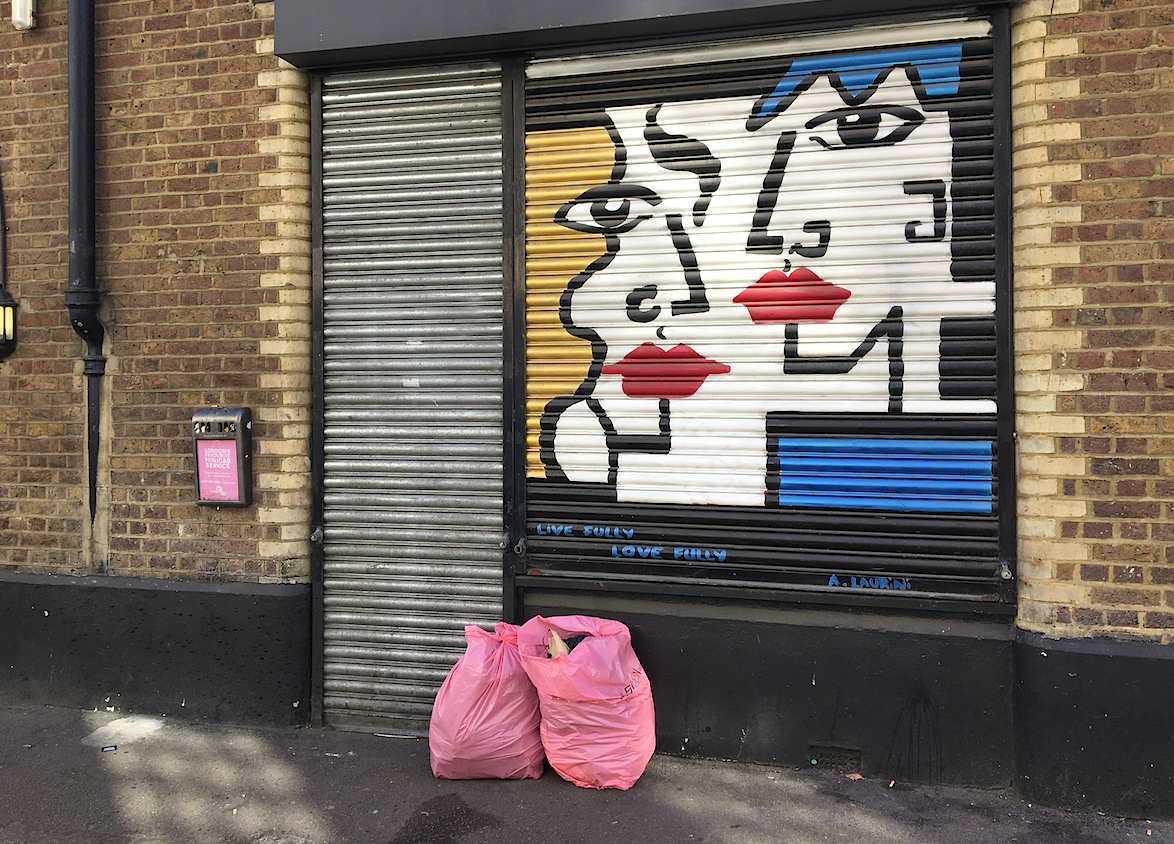