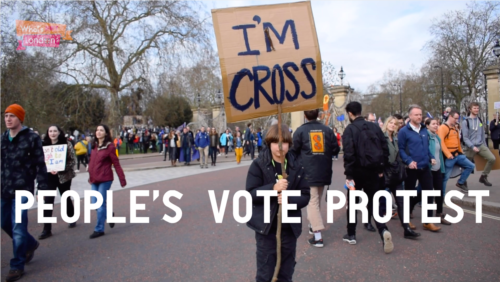 Hundreds of thousands of people marched on parliament today to demand a ‘People’s Vote’. If you missed out then fear not, as Calum was there to capture all the action from today’s historic protests.

The huge turnout, believed to rival that of the 2003 Iraq War protests, is another success for the ‘People’s Vote’ campaign. After a petition to revoke article 50 reached four million signatures at the weekend, crashing the parliament website in the process. Add to that improved polling numbers and momentum is starting to build behind the movement.

However, this support has failed to appear in Parliament so far, with neither party keen to turn their backs on those who voted for Brexit. Will this protest help to convince them? Only time will tell.