Rethinking Work: 2018 and Beyond 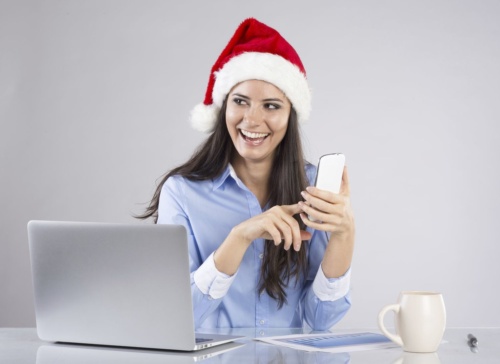 Exploring three-day weeks, work-life balance and the loss of jobs to A.I

Employment researchers claim recruitment tends to peak after the Christmas and New Year. Perhaps that’s because these employers have picked up on the restlessness people feel once the last remains of Christmas pudding and mulled wine have left the system and that boozy mistletoe kiss has become an embarrassing office floor memory. These employees struck by the new year-new job bug should also consider the options beyond the employment status quo. In fact, many conscientious big time employers have already done this for them and examined new approaches to work and employment just as the digital age, Smart revolution and introduction of a robot workforce makes it a necessity.

Universal work-life balance has eluded mankind for centuries and may never have become a topical issue without bigwig tycoons such as Mexican telecoms magnate Carlos Slim speaking out. Slim, the world’s second richest man, shocked many employers by calling for a standard three–day working week to improve quality of life. And he hit a global nerve, for who wouldn’t want four free days for rest, health, leisure, family time or study? He made this speech at a conference in Paraguay and pointed out that earnings and productivity would not be affected if employers did 11 hours three times a week. The billionaire has backed this up by introducing a voluntary scheme for his own company that allows workers on a collective labour contract to work four days a week on full pay.

His suggestions are simple but nothing short of revolutionary. Work has always been a conservative, rule-rigid area, tied, as it is, to issues of survival, which few are willing to disrupt. You see, if you don’t work, you don’t eat. Base level survival is never ripe ground for giddy change and experimentation. So it was no surprise that his comments had a ripple effect throughout the world and attracted polemic support and opposition from both sides of the fence.

David Kern, Chief Economist for the British Chamber of Commerce, supports many elements of this idea but pointed out many people were happy as they were and would baulk at the idea of an 11-hour day. The alternative argument is many people are already baulking at the idea of a five-day week with eight-hour days. His concerns about a 33 hour week having an adverse effect on business, trade and the economy does not take into account the increases in job and life satisfaction which would occur and also the increased productivity of a rested, refreshed and enthusiastic workforce.

This is backed by research by the University of Melbourne, which found that working more than three days a week had a detrimental effect on the brain, causing work quality to wane and meaningful production to fall. Their test group was 6,500 Australians aged over 40. They noticed a decline in cognitive performance after 30 hours of work – that’s three hours less than the 33 hours sought by Carlos Slim and ten less than the UK’s 40-hour working week.

Although there are hints of a generational change in this direction, things have been slow-moving so far. Back in 2009, Works and Pensions Secretary Yvette Cooper picked up on this zeitgeist and directed firms to offer more employment to part time workers and increase the availability of flexible hours. Her focus here was the struggles working parents faced and the disadvantages of recent mothers who had given up jobs for the first year or so of child-rearing. For this to work employers would have to commit to the administrative challenges of breaking up these hours to fit the worker. Not all firms were wiling to put individuals before the greater machine because of feared disruptions to their tried and tested operations.

But are revolutionary work-life changes inevitable? There is much talk of a zeitgeist (spirit of the age) forcing these changes through and we can already see the economic shifts which have already set this in motion. The 2008 financial crisis and the recession that followed triggered the greater use of four-day week contracts to cut costs. These shorter working weeks have filtered down into the DNA of employment even thought they are not yet standard.

The development of technology such as artificial intelligence will hasten these changes. There’s been much coverage in the press about the expected mass unemployment once robot technology takes over our jobs. This will obviously include large areas of manual labour but in time even jobs where cognitive or creative skills are required. Labour’s deputy leader Tom Watson recently embraced the inevitable shift with a welcome rather than a warning. His assurance that robots will free us by taking away the repetitive and burdensome jobs comes after a Labour-backed study into greater investment in A.I. In other words, it’s coming, there’s nothing you can do about it but, hey it’s OK.

The shift will hit hard as workers are forced to retrain and rethink their life-work priorities and fundamental philosophies. Work philosophies handed down by generation after generation without challenge and not too much thought. In England capitalism’s earliest work ethic filtered through into the Calvinist work ethic, thus associating working hard and not complaining with godliness.

Early labour legislation from Edward III’s Statute of Labourers (1351) through to the Master and Servant Act (1867) never truly separated church, king and state from work issues and in many ways the spirit of that pioneering legislation is true today as regards the control of labour. Ultimately, the working population’s slow-moving response to a zeitgeist of employment change is not down to lack of ambition but centuries old traditions of church, faith, family and state acting as unwitting influences on those who seek the solace of security as a buffer against a hard life.