Science Without the Fiction 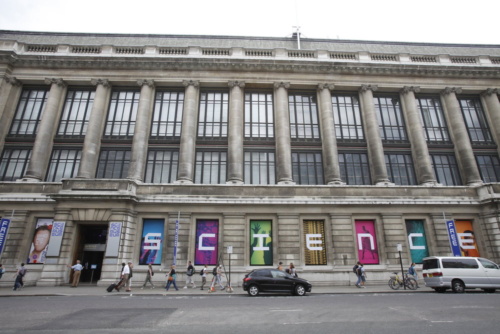 WITH all the hype about Star Wars: The Last Jedi and the countdown to its much-awaited premiere on Dec 14th, any wonder that the Science Museum has got in on the act. The bonafide home of science without the fiction is advertising £16.50 tickets for premiere night where you can watch the latest in this classic sci-fi saga in hi-tec IMAX resolution, 10 times the quality of other cinemas and on one of the largest screens in the UK with digital surround sound to complete the immersive experience. And all of this in an environment closer to the subject matter than the average high street cinema.

One curious note is their promise that with IMAX Theatre “you aren’t merely watching a film, it’s as though you are actually there.” Described as the world’s most immersive movie experience, it’s a statement that sets it apart, but on deeper reflection does even more than that. 2017 image and sound technology has come a long way but technology in decades or even centuries to come will make good on that ‘immersive’ promise and the fantasy realms of science fiction will become hard science. Well before that day arrives, the Science Museum IMAX might well consider screening these three movies, which are prophetic in that sense.

Researchers develop brain-to-computer interface technology, which enables them to record the sensory and emotional experiences of other humans and replay them in the heads of others. This information is downloaded onto tape and can be replayed and rewound just like video. The possibility of abusing this technology becomes apparent after the military become interested in their invention. Director Douglas Trumbull highlights the dangers of hyper-real sensory technology left in the hands of money-motivated corporations.

This movie is based on the concept of virtual reality environments, which are so hyper-real that inhabitants believe they are alive. Writer/director Josef Rusnak was inspired by a 1964 novel Simulacron-3 about a computer-generated city where the inhabitants have been programmed with consciousness. Similarly, in the Thirteenth Floor there is a gradual awareness that the characters are only electronic impulses in a computer-generated simulation of 1930s LA.

If you’re still finding difficulty getting to grips with future technology which projects or downloads you into a hyper reality, David Cronenberg’s Existenz may enlighten. The Canadian director created a hyper real video game world where terrorists seek to destroy the virtual reality gamers and their unethical technology. Marketing trainee Ted Pikul (Jude Law) downloads himself into the game to protect it from sabotage.

If philosophers such as Plato, Aristotle and Descartes examined whether life could be a dream and modern theoretical physicists made a similar claim regarding existence as dream-like or film-like then these movies document such concerns about reality, existence and sensory perception using fiction rather than deductional debate.

If you want to catch the latest adventures of Jedi heir apparent Rey (Daisy Ridley) and the last performance of Carrie Fisher as General Leia Organa then the Science Museum is screening The Last Jedi on Dec 14th at 9.30-12.00. I hope you’re an early riser!