Sept 12: The Battle of Marathon 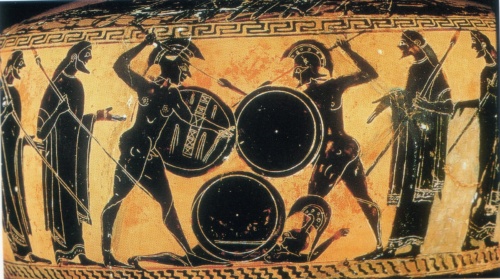 Before all you distance runners out there pull on your jogging trainers and snap on your fitbits for your weekly run, ever wondered where the word marathon came from and why it’s the longest endurance race in the Olympics? Well on this day in 490 BCE the Greek and Persian forces met on the plain at Marathon. The precise date is debated but historians claim the battle was fought around the full moon in either August or September and for thousands of years Athenians celebrated in the month of Boedromion, which translates closest as the Gregorian September.

The Greek uprising against Persian rule occurred in Iona where historian Herodotus was born and he documented the battle 50 years after the event. He describes how Pheidippides, a courier-soldier, ran 150 miles from Athens to Sparta to enlist help from their fellow Greeks against King Darius who was angered by Greeks allying with the Ionians and stoking a popular revolt.

The Persians were defeated with a loss of 6,400 lives while the Greeks lost only 200 despite being heavily outnumbered. It was Pheidippides who was then sent to Athens 26 miles away to give word of this victory and had to cover the distance in full armour in the blazing sun. He was so exhausted he could only utter the words “Hail! We are victorious.” before dropping down dead. It’s estimated that he ran 326 miles total in nine days. His honourable death and other Greek casualties were commemorated with The Athens Classic Marathon Course, which is 26 miles around the two Greek burial mounds reserved for Athenians and Plateans.

This victory was a turning point in the Greco-Persian wars because not only did the powerful Persians lose, but to an Athenian army who for once did not rely on their battle-hardened Sparta allies. It had a resurgent effect on Greek culture and military might for the next 200 years.

Tagged with:     Battle of Marathon