Protests at the TVL in London Festival 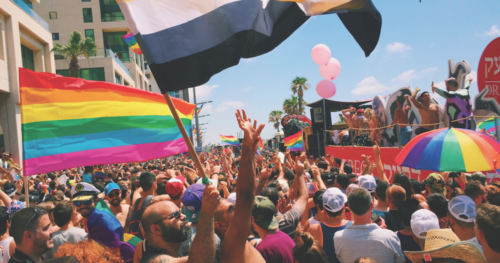 The Sept 8-11 TVL in London Festival celebrating Tel Aviv culture was met with protests over the weekend. Boycott, Divestments and Sanctions activists gathered at the Roundhouse venue in Camden where most of the events were based and verbally clashed with pro-Israel individuals.

Festival director Marc Worth is a British philanthropist and also one of the sponsors along with Israel’s Strategic Affairs Ministry. He had been asked to run this free festival of food, music and art by the Israeli Embassy in London, who in turn sought to expand on an idea first proposed by Boris Johnson. The mayor had sought a cultural exchange between Israel and England’s cultural centres.

Tagged with:     TVL in London