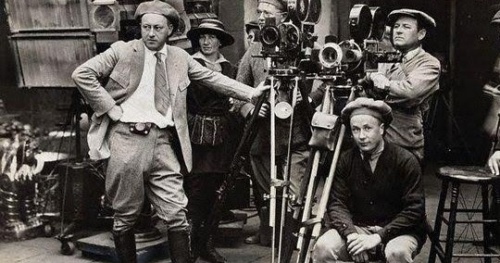 The countdown begins to What’s Hot London?’s own Hot Shorts Film Festival 2016 in October which promises to bring you the best of UK and international films by emerging directors. For these film-makers it is the culmination of much pain-staking pre-production, long hours on-set and putting full trust in the final edit. They eventually serve as the ultimate calling card. A moving image portfolio that tells Hollywood you have arrived.

But does the Hollywood connection end there? Some short film-makers admit to a sense of disconnection and confusion when their film is complete and ‘out there’ in the circuit. What do they do next? Can their short film become commercially successful in its own right or do they move on to the challenge of a feature film? Well actually a bit of both can occur. Here’s a list of five shorts which were eventually extended into feature length films.

Years before director Guy Ritchie was storming film sets with the likes of Vinny Jones and East End hard man Lenny McLean, he was patiently putting together a 27 minute short called The Hard Case. Big time connections and networking can work in your favour when you have noblemen in the family because he soon had Sting‘s then partner Trudie Styler watching it. She then had her rockstar husband do the same and he duly invested in a full length version. The rest is history.

Back in 1978 director Sam Raimi and his pal Bruce Campbell used a Super 8 camera to shoot this Evil Dead prequel for only $1,600. Their firm intention was to use it as a model for a full length version that would become a horror blockbuster. And it just so happens that even the most high-minded ambitions can come true exactly as you’ve visualised them.

Well kinda, sorta. The original 1962 French short film by Chris Marker was not a movie as one would commonly expect nor was the full length version made by the same director. Using the experimental styles of the French New Wave this Sci-Fi flick was made up of text and still images. It told the story of a man held captive underground who is selected to be a time machine guinea pig because his physical constitution is uniquely suited to the trial and error physics of time travel. It won the Prix Jean Vigo award but Terry Gilliam and Brad Pitt‘s version won considerably more and made a bob or two extra at the box office!

Most film heads will remember both. Held up as an example that short-to-feature success was possible, when District 9 was released in 2005 even non-film enthusiasts started reaching for their HD cams. Director Neill Blomkamp‘s documentary style movie about dystopian South Africa started life as …well just that but with the emphasis on it being a short packed with special effects to show what a feature film version might look like. Peter Jackson caught wind of the short version and casually handed Blomkamp $30million. As you do! This debut feature got an Oscar nomination for best picture.

Australian screenwriter Leigh Wannell tried drumming up support for his new horror flick but Hollywood turned their noses up at what he had written. Undeterred, he and director James Wan went one further and actually moved to Hollywood to see first hand who was doing the snubbing and why. That’s the only way you improve right? By facing your challenges rather than cowering away and doing a: ‘Poor me. At least I tried. I just wasn’t cut out for it I guess.’ Not these guys! Once film producer Gregg Hoffman saw their seven minute short he was so blown away not only did he sign a million dollar deal he also let them keep a quarter of profits and creative control. Not a bad deal eh?