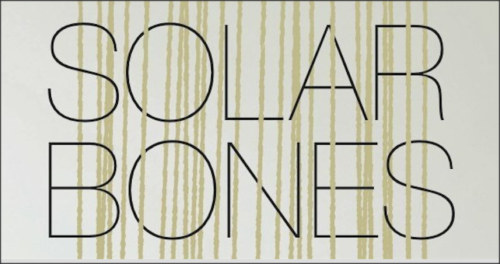 Author Mike McCormack is the odds-on favourite to win the Booker Prize with a 244 page novel made up of just one sentence – and it doesn’t have any full stops. He was born in London in 1965 but moved back to his parents’ homeland of Ireland where his fifth book Solar Bones is based. It captures the reflections of a middle-aged man looking back on an eventful life.

His writing career followed many peaks and troughs, his debut work was a 1996 prize-winning collection of short stories but it wasn’t until his fifties that he enjoyed this level of success again, winning the 2016 Goldsmith Prize for his current novel Solar Bones and becoming the third Irish writer to do so in four years.

The main character Marcus Conway is a Mayo-born engineer and technology is a common thread in all his novels but the subject matter and its presentation couldn’t be more different. His experimental approach was not without its doubters; the book was rejected by many publishers who couldn’t connect with his vision but small Irish publishers Tramp matched his faith.

The Man Booker Prize, however, has embraced it as ‘the one to look out for’. The awards ceremony will be held on October 17th at the Guildhall in the City of London. The complete line up of judges: Lila Azam Zanganeh (literary critic) Sarah Hall (novelist), Tom Phillips CBE RA (artist) Colin Thubron CBE (travel writer).