Some Bold Cinema with Complimentary Bourbon 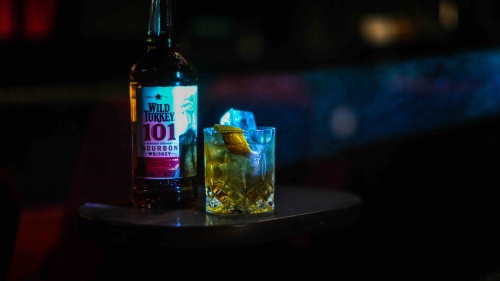 As summery rain spells cool down the heatwave this week, why not enjoy some cinema with a complimentary glass of bourbon this Friday? Wild Turkey and Everyman present the Bold Cinema Series, a curation of gutsy titles best enjoyed with a Wild Turkey 101 Old Fashioned in hand. Watch any of Wild Turkey’s bold film choices at Everyman and enjoy a complimentary Wild Turkey 101 Old Fashioned delivered direct to your seat in time for the opening credits. Wild Turkey 101 is perfect, as it’s a classic American, high proof (ABV) bourbon, it is big on age, big on flavour, it is bold and spicy thanks to its high rye content.

First up at the Bold Cinema Series is SICARIO 2: SOLDADO. Released on 29th June, it’s a tense follow-up to the critically-acclaimed SICARIO (2015) which was nominated for three Oscars and three BAFTAs. SICARIO 2: SOLDADO reunites, Academy Award winner, Benicio Del Toro, with Academy Award nominee, Josh Brolin, as they embark on a covert mission in Mexico. Directed by Stefano Sollima, a name you may recognise for  gritty crime-dramas like Subura (2015) and Gomorrah (2014) and  written by Taylor Sheridan – the legendary writer who wrote the original screenplay for SICARIO (2015) and Hell or High Water (2016), for which he received an Academy Award nomination for Best Original Screenplay, this is a film you will want to see on the big screen with its incredible cinematography and gripping, fast paced story which deepens the characters and clears the way for a trilogy.

The last day to enjoy the first part of the Everyman cinema experience with a complimentary Wild Turkey 101 Old Fashioned series is Friday the 13th!

So go ahead, book your tickets to SICARIO 2: SOLDADO  right away for a fun cinema experience.