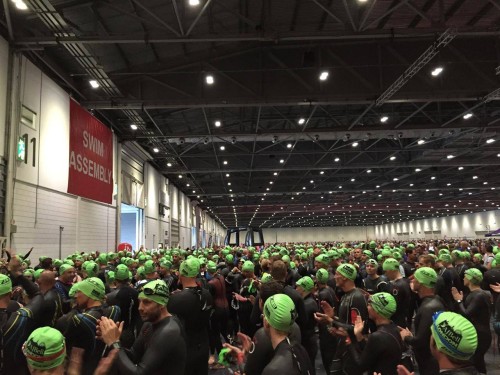 The ExCel was the venue for London Triathlon, this year known as AJ Bell London Triathlon where participants  raced to swim, sprint and cycle various distances in 9 different races held over the weekend of August 8-9. The races  began and ended at ExCel en route areas surrounding Docklands.

The triathlon is held to raise money for charity.  Each year the London Triathlon attracts an estimated  13,000 participants with some celeb spotting.