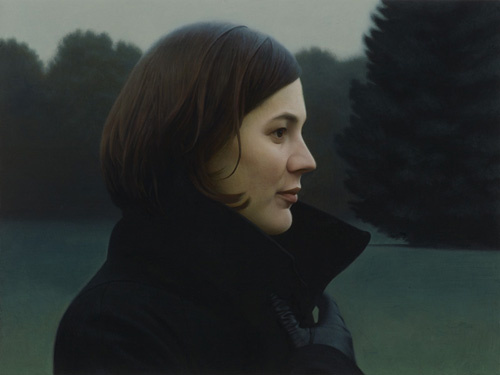 THIS YEAR’S competition, as with previous year’s, had visitors scratching their heads at the dilemma facing the selection committee and judges. The fantastic standard ranged from meticulously lifelike representations such as Delfin by Jesus Maria Saez de Vicunho Ochoa, to Alejandro an impressionist-influenced painting of artist Anca-Luiza Sirbu’s six-year-old son. And there were 2,500 such entries from 87 countries in the thirty-eighth year of this award.

Whatever you may think of its description by the Daily Mail as ‘The Portraiture Oscars’ it is, nonetheless, one of the most highly regarded art competitions in the world. Therefore, the £30,000 prize money isn’t the only attraction for the competing artists but certainly increases its heavyweight status.

The female figure dominated in the judge’s preferences, taking the top three places with first prize awarded to Benjamin Sullivan’s Breech! a powerful, brown-paletted, painting of his wife Virginia breastfeeding their child; second place went to Double Portrait by Thomas Ehretsmann; Emma by Anthony Williams took the £8,000 third place prize. In each case a male artist painted a female subject, the winner using oil on canvas and second and third opting for acrylic on board and egg tempera on board respectively.

The winner has also been granted a £5,000 commission, which will hopefully rubberstamp the ‘selected one’ status of Grimsby-born Benjamin Sullivan and, no doubt, add a few pound signs to his future work. However, he has already been selected 12 times for this same competition and, indeed, last year won third place with Hugo. Also he is no stranger to National Portrait Gallery commissions, having been granted one in 2008 to deliver a painting of cosmologist and astrophysicist Professor Martin Rees.