The Launch of London Faces 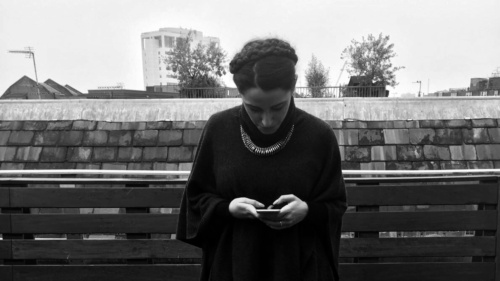 Writer Jon Appleton launched his serialised online fiction London Faces this week on Charles Dickens’ birthday perhaps aware that the great novelist also launched his illustrious career similarly through a serialised London-themed piece of fiction, which was published in Victorian newspapers. It was called Pickwick Papers. London Faces is unashamedly dedicated to the goings on in our capital – as you can allude from the title.

In Jon Appleton’s own words: ‘Walking through London, I’m always overhearing things that I want to record – people’s justifications and excuses and ambitions. We’re all trying to find our place in a city we love but which can be challenging to negotiate. I thought it would be fun to put these insights together in a light-hearted, entertaining way.’

It’s about four twenty-somethings finding their way in this over-populated yet sometimes isolating busy city. Deni and Marcus are an ex-couple who still live and work together (one can sense possibilities for tension right there). Just to throw an iron in the works Marcus has a new girlfriend from Australia who has moved to be closer to him. The quartet is completed by Scott, the only out and out Londoner amongst them, born and bred in the city that never sleeps.

So every day this week until Thursday you can pick up on these episodes and be introduced to new characters; by next week it switches to once a week instalments. Episode 1 introduces us to Deni, name-checking well known London streets as she journeys home to the Kings Cross area from her hometown of Leeds. She divides her time between the two because of family commitments.

In Episode 2 Scott and Bree bump into each other with Scott philosophical about his position outside of the love triangle of convenience that is Marcus, Bree and Deni. Catch up with Episodes 1 and 2 below.