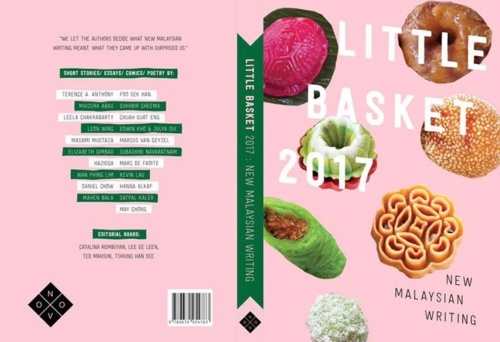 Fixi London launched this anthology at the London Book Fair 14-16 March bringing a taste of South-East Asian creative talent to the capital. The varied work includes short stories, essays, poetry even a comic section setting it apart from your average anthology. The publishers admit to having a wide remit, claiming “we let the authors decide what new Malaysian writing meant. What they came up with surprised us.” Among the record number of 400 submissions were the 22 selected gems with all the surprises.

It’s been said that a great blurb or synopsis will sell a good book well the same can be said of a title – in the case of a short story. So one with the curious title of Bhenchod will have you thumbing your way to the latter chapters of the book (where it’s hidden away) to find out who wrote it and why. Author Satpal Kaler writes in the first person about a son’s perspective on his father’s funeral, his parental failings and the tragic circumstances of his demise. The title comes from a word their dad used to call them when he was upset with them or they were naughty. Hence, the non-flattering, yet moving account of this burial day.

Kevin Lau’s poem Shadows adds variety to the short stories that dominate this anthology. He makes the point, Plato-style, that all in life is not as it seems. The Greek philosopher’s Allegory of the Cave illustrated that the shadows formed on a wall by a cave fire can be seen as reality to some. Lau picks up on this with his subject having a moment of enlightenment about chasing shadows which he has taken to be real.

The comic illustration Laughing in the Face of Freedom breaks up all this text in a timely section in the centre pages. A disaffected middle-aged loner makes his way home through the squatters’ quarters of town observing the poverty on the streets and once he gets home collapses in a heap of ironic, delirious laughter. However, this laughter has unforeseen ripple-like effects on his neighbourhood. The text is by Julya Oui and art by Edwin Kho.

Malaysian writers in London might want to look out for the submission call out for anthology three. They are seeking 2,000-5,000 word short stories on the theme “KL Noir” which should be sent to info@fixi.com.my.