The Not So ‘Silent Opera’ 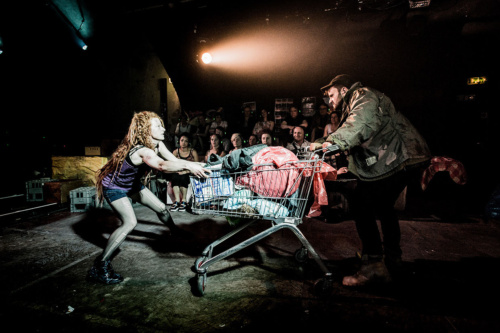 Fair enough, Silent Opera isn’t 100% silent but the organisers have individualized the opera experience by giving audience members headsets where they can hear the full orchestra pre-recorded. Without them you just hear six instruments accompanying the live singing.

The brainchild of artistic director Daisy Evans, it conveniently allows the performers to squeeze into small, intimate performance spaces. Moreover, it’s a clever marketing tool for attracting a new audience who perhaps feel daunted by its highbrow image. Silent Opera is, in their own words, ‘opera for the non-operatic’.

The use of modern technology also gives them the option of adding effects such as digital sampling and panning to manipulate how the sound is delivered through the headphones, and therefore experienced.

Their most recent production was Vixen, a June 2017 reworking of Leos Janacek’s The Cunning Little Vixen performed at The Vaults below Waterloo Station. Before that, Mozart’s Giovanni opened at the Beijing Musical Festival in October 2016.