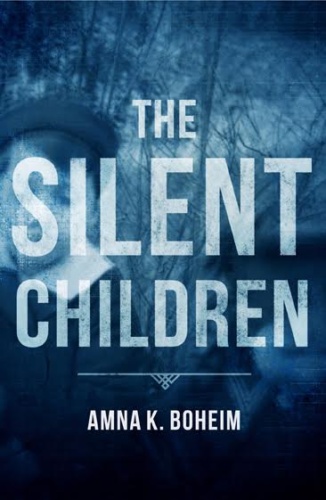 Review of: The Silent Children (Book)

An unexpected letter arrives from Vienna. An estranged mother on her death bed trying to contact a son who feels nothing but bitterness towards her. So much so that it takes him three days to even open it and when he does it reveals an unsolved family mystery from the years leading up to the Second World War. This debut novel by Amna K. Boheim, draws on the history and geo-political significance of an Austria transformed by both the darkness of a rising Third Reich and the light of the picturesque setting of a Vienna suburb. Equivocally, both serve to colour this unfolding family riddle with a slow-creeping gravitas that never leaves you.

The main protagonist Max is unsure how to respond when he receives this letter asking for help in tracing his mother’s childhood friend Oskar Edelstein and the accompanying photograph dated 1938 with the words ‘You knew’ on the reverse serve only to cloud his conflicting emotions even more. As events unfold you’ll notice that the decision to base the story in Wien, Vienna largest city proves an essential device in colouring the unfolding, supernatural goings on with a sense of drama that looms large like the local gothic gargoyles. When hidden secrets emerge, they are little more than glimpsed shadows at this point. Not enough to cause an outright jump. It’s an interesting take on the ghost story because it doesn’t attempt to dress itself up as one.

The characterisation of those closest to Max as he seeks to unravel his mother’s past and what later proves to be a terrible secret about his grandfather, are so natural that they slip into the narrative without underscore. The warm, good-humoured Vivienne Fuchs, his mother’s best friend and his one-time guardian, is the polar opposite of his cold, rigid mother. Also his mother’s lawyer Frederick Muller and even Oskar Edelstein himself are true to their natures as essential supporting cast. However, as the finer details of haunted goings-on and inferences that her grandfather may have been a paedophile emerge one feels that the tension may have been better expressed through even stronger emphasis on character traits rather than unfolding narrative. The discovery of a cellar and unexplained noises in its darkest rooms would have chilled more if a larger picture had been painted of both protagonists and antagonists – especially those we feel are complicit or suspects. The hidden clues here are a little too functional and fail to pick apart the dodgy old man’s character well before his reckoning. However, the difficulty is achieving this without giving away too much.

The flashbacks of the Albrecht household in 1930s Vienna are well used in this respect – conservative in how much they feed us about the family mystery yet liberally spread to give a real sense of environment, history and unfolding tragedy. Here again, Max’s grandfather is too obscure and shadowy for us to commit to the mounting tension – even in these flashbacks. Considering the vile things he is accused of: child kidnapping – molestation – worse, it’s disappointing that his presence isn’t underlined to the extent that he sends a sickly chill up your spine without you knowing why. And that’s before he has even been accused of anything! The book doesn’t fail to inform it just sometimes fails to evoke the right emotion at the right time which is essential for a mystery or supernatural piece.

Having said that, the creative writing and descriptive passages in isolation are marvellous and evocative, sometimes reading like exactly the kind of splendid visual poetry which made you fall in love with books in the first place. But perhaps the tying together of plot developments need to be felt rather than merely resolved. Once you’ve convincingly grabbed the reader’s heart in the mid and latter chapters they’ll care less and less how neatly the book ends and more about what drives the key characters. In this sense, you can’t help but feel the close of the final chapter with Max sectioned in the psychosis unit of Bethlem Royal Hospital was not needed. It seems a sudden and desperate shift in plot development and also draws away all the belief we’d previously invested in him.  Leaving him to ponder the ghosts of his family’s past by the gravesides at The Brosel-Anakan Memorial Gardens at first seemed to be the close of the book and should have been.