Alcotraz: A Bar Where The Clink Isn’t Just The Sound Of Cocktail Glasses 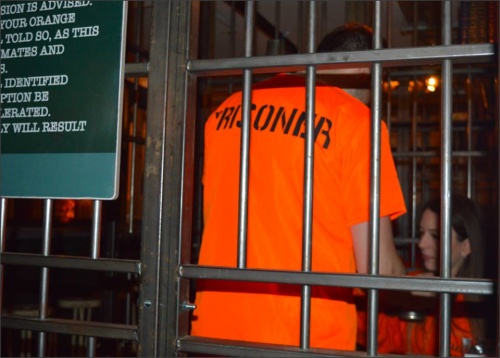 Alcotraz, a bar that’s based on the real Alcatraz Prison and where you’re put in cells and wear prison-issue orange jumpsuits. Why put yourself through the lock up and the mean-spirited authority of the no-nonsense southern state prison guards? Well Alcotraz Bar on Brick Lane will answer that in one wild and weird immersive experience but you must be prepared to leave all your home comforts at the cell door for a couple of hours of fun.

It quite literally starts at the door. If you’re already used to burly bouncers blocking club entry on a night out, you’ll be similarly prepared for the prison guards doing much of the same but this time blocking exit! A menacing southern drawl warns those in the queue who are dressed for clubs and bars their flashy tuxes, high heels and Gucci gear won’t be seen over the prison jumpsuit. That at least solves the problem of agonising over your wardrobe before a night on the town. Also, be prepared to leave your name at the door because once you enter you are referred to by your prison number. If you forget those digits when asked you’ll suffer the consequences. 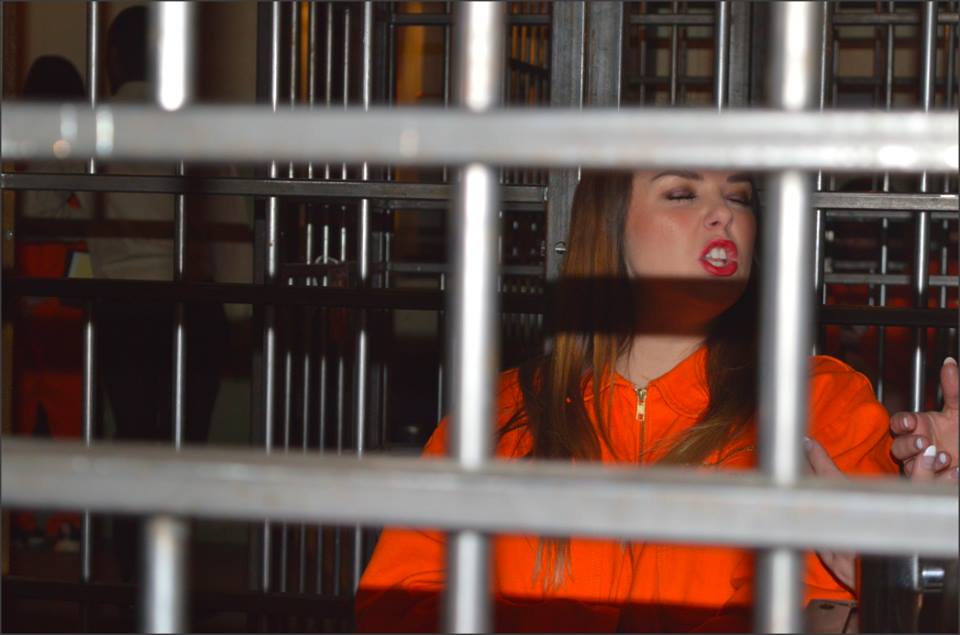 It’s two to a poky cell. Each has one of those grim-looking prison loos but the warden warns you not to attempt a cheeky dump. The real loos are out the back and don’t look much better but unlike those, are not there just for show. Drinks and refreshments? A cup of water is all you’re given at first. The idea is to smuggle your own bottle of liquor past the guards and get it to the prison barman. Either that, or drink that one mean-spirited cup of water all night. Sneaking drinks past the guards is relatively easy, though. 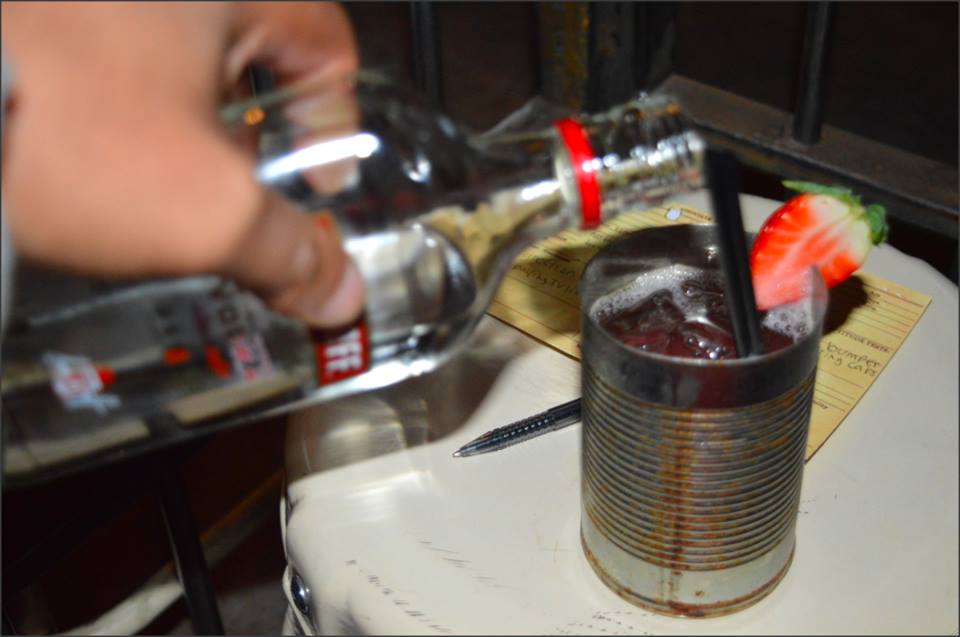 A cheeky top up with smuggled drinks when the guard isn’t looking.

If successful, you get hooch cocktails served in cups made from tin cans just like those in The Clink. Excellent cocktails, by the way. But beware! The warden paces up and down nosing through the cells to check whether you’ve brought any booze of your own. If you do break any rules it’s the punishment block for you. Fat or fit, you’re going to be doing press-ups and other not too demanding exercises. Break any major rules and it’s a spell in The Hole for you.