Home  /  Features, People  /  Corbyn, Camelot and the Golden Age Coalition That Never Was

Corbyn, Camelot and the Golden Age Coalition That Never Was 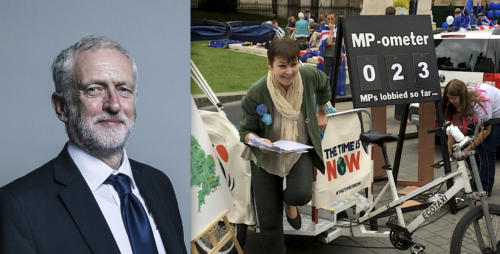 How did Britain go from rumours of a possible dream team Labour-Greens alliance back in 2018 to Boris brooding over Brexit, climate action and the coronavirus panic? Some believe terms such as ‘Golden Age’ and ‘Camelot’ have no place in the harsh and dirty reality of every day politics but that Jeremy Corbyn-Caroline Lucas option kept the dream alive….for a few weeks.

Here we look at the pursuit of the elusive political Golden Age and whether it died within weeks of this Labour-Greens rumour – or certainly consigned it to myth before the ink on the 2019 cross-party Church House Declaration had dried.

Not many recall those whispers in the corridors of parliament about this possible Corbyn-Lucas alliance. Who better than the party of the environment, the Greens, and the party of social justice, Labour, to steer us through climate crisis, Brexit and other pressing issues. Corbyn had swept to power as Labour leader in 2015 and the unimpressed media saw him as an accidental leader with little charisma and no notable oratory skills.

But he had caught the political zeitgeist and suddenly his manifesto of social justice sounded deliverable to those disillusioned with conventional career politicians with little of the common touch and even less soul. The early days of Corbynmania saw Green Party supporters switch to Labour to get behind this left-winger, so a Corbyn-Lucas alliance wasn’t deemed so fanciful.

The dreamers and political philosophers amongst us can only wonder about what might have been as Boris’s recent Budget dodges committing to national infrastructure investment with the climate at heart and as he puts the final touches to a Brexit deal that still rancours with some. Indeed, it was Boris’ threat of prorogation which drove the parties closer. But the much talked of and squabbled over caretaker government never occurred even as Caroline Lucas and John McDonnell gathered with other cross-party MPs at Church House, Westminster after Boris’s threats to shut down parliament to get Brexit through. 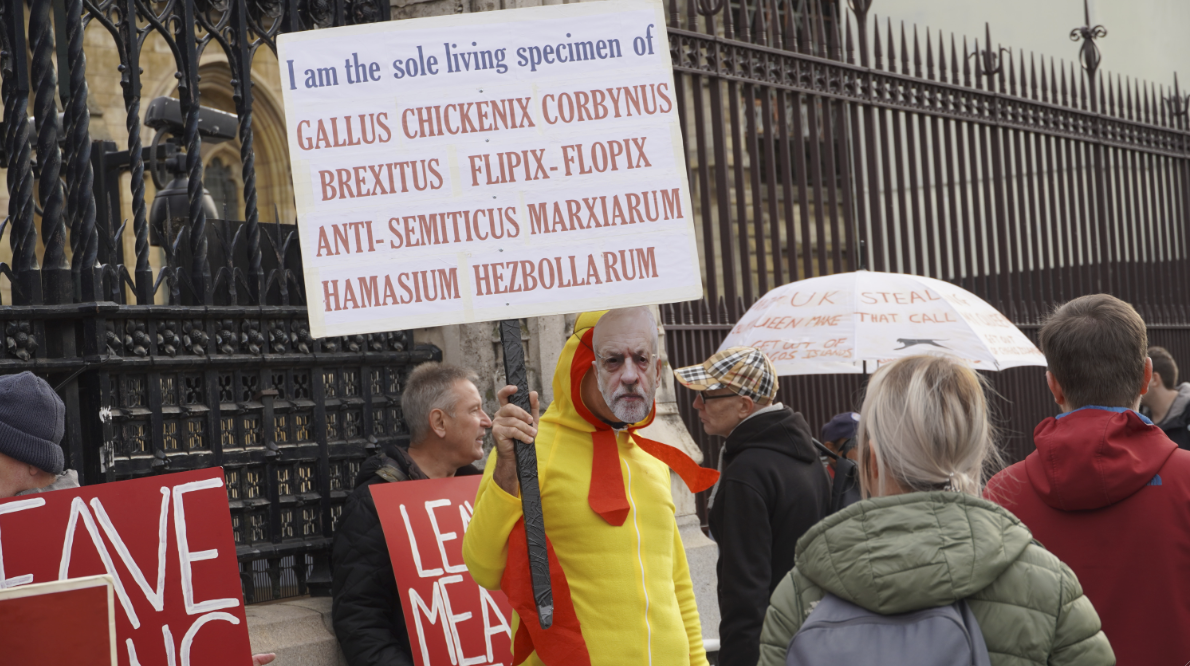 Since then, Corbyn has lost a disastrous general election and fallen from favour as leader while Lucas was replaced as Greens leader by Jonathan Bartley and Sian Berry. Even after hopes of the Labour-Green alliance had long faded, Caroline Lucas pursued a new Camelot in the summer of 2019 with her vision of a 10-woman cabinet to stop a no-deal Brexit. Well, Brexit happened and her Camelot dissipated. And when Corbynites turned on her idea of an emergency all-woman cabinet you knew the Labour-Greens affair was over. If anything, a national dis-unity government was the closest they came, with cross-party MPs vowing never to have Corbyn as leader and Corbyn shying away from coalition talk.

And talking of a Golden Age, Boris Johnson promised one himself after winning a 2019 election which gave him an unequivocal mandate for Brexit and crushed any withering hopes of a Labour-Green pact. Whether this statement was mere rhetoric to lift a nation jaded by a divisive Brexit vote or true of his ‘revolutionary’ 10-year blueprint for the nation, remains to be seen. 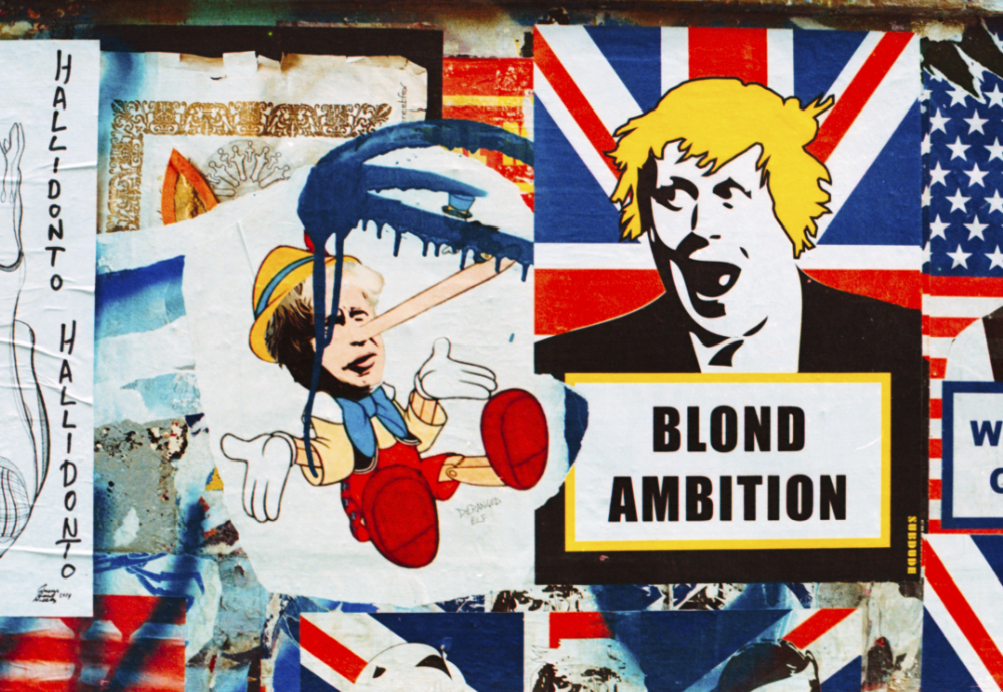 Well, here we are today, dashing around supermarkets clearing the shelves of hand sanitizers and toilet rolls, with Brexit almost an irrelevance in the ensuing madness (which is saying a lot!). Yes, a virus zombie movie unfolds on our streets even as the threat of a Brexit ‘zombie government” has long since disappeared.

It’s no shame to dream of a Camelot administration and a political and economic Golden Age under a messianic leader with a common touch capable of leading a rainbow of colours, ethnicities and classes – with pragmatism as well as social justice at heart. But we all know it’s just a fantasy. We really do. And that’s such a shame. Nonetheless, for those dreamers amongst you, we have compiled our own list of the greatest Golden Age governments and leaders – from ancient theocracies to 20th-century heads of state. 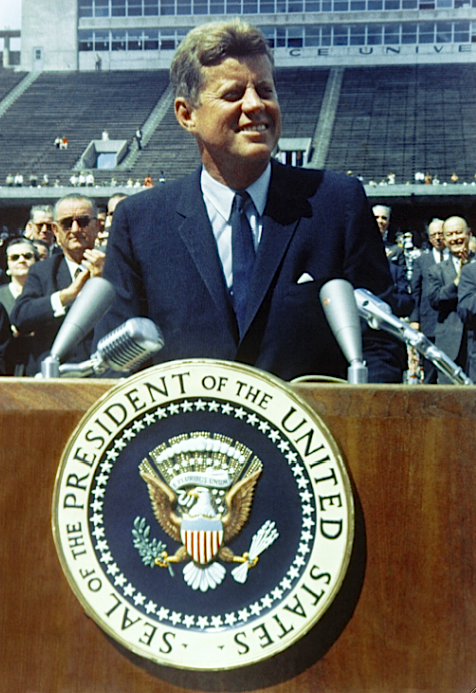 In no particular order……

David Lloyd George (1863-1945) The ‘Welsh Wizard’ was a Liberal Party radical social reformer and one of the UK’s most popular Prime Ministers. He was the founder of the welfare state and introduced the first pensions, unemployment benefits and health insurance. He was also the architect of the allied victory in the First World War

Clement Atlee (1883-1967) Quiet and bookish UK PM who introduced an NHS which gave the country free health service ‘From Cradle to Grave’ for the first time. In a famous speech, he vowed to ‘build the new Jerusalem’ in Britain’.

John F. Kennedy (1917-1963) His short-lived presidency 1961-63 nonetheless had a profound effect on the course of US politics and he is much loved even today with many presidential candidates seeking to imitate his charisma, popularity and avowed ‘Camelot’ administration.

Louis XIV of France (1643-1715) Known as the ‘Sun King’ for his flamboyant lifestyle and appearance, the arts in France blossomed under his powerful patronage. However, his warmongering bankrupted the country. His 72-year reign is the longest ever by a European monarch.

Cyrus the Great (576-530 BC)  Known as ‘The King of Kings’ or ‘The King of the World’ he was the founder of the first Persian empire which in many ways laid the foundation for civilisation in antiquity. It comprised Western and Central Asia and stretched as far as the Indus River. The largest empire the world had ever seen, it continued to grow unchecked even after his death …….until it ran into Alexander the Great.

Alexander the Great (356-323 BC) The Macedonia-born Greek leader who conquered the known world aged just 21. While Cyrus believed he was King of the World, Alexander believed he was the Son of the Gods and the knock-on effect of this extraordinary confidence was a Golden Age empire which ran from the Balkans to what is now Pakistan.

King David of Israel (1000 BC) Everyone knows the story of the shepherd boy who felled a giant warrior with nothing more than a sling and a stone, but David also reigned over Israel for 40 years during one of the most prosperous periods in its history. Known as ‘the Golden Age of Israel’.

King Arthur (5th Century) Legendary British medieval ruler who held court at the original Camelot and led the Knights of the Round Table. Need we say more!