Coronavirus Advice From NHS and Reaction 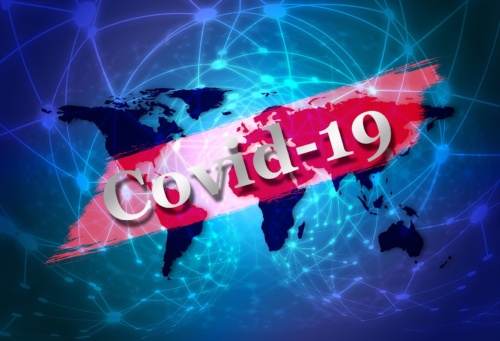 There have been numerous developments and seemingly the most cases within the last week than any other. With safety and precautions being escalated to reflect the seriousness of what is now a pandemic we look at the way the Coronavirus (COVID-19) is constantly changing the way it is being handled across the globe.

The World Health Organisation said: “we do not use the term pandemic lightly or carelessly. It is a word that, if misused, can cause unreasonable fear, or unjustified acceptance that the fight is over, leading to unnecessary suffering and death.”

The situation has escalated so much that measures are now country wide, with Italy in containment, USA restricting travel from certain countries in Europe.

Major events including sports have taken drastic turns in measures to prevent spreading the virus. With the Premier League on Wednesday evening postponing the fixture between London’s side Arsenal against Manchester City. Significantly, since then the manager of Arsenal, Mikel Arteta has tested positive for Coronavirus.

Just the weekend prior it was announced that the premier league would ban handshaking. In contrast football matches in Europe were either postponed throughout the week or played behind closed doors, meaning no fans would be able to watch within the stadium.

In comparison Cheltenham Festival has gone ahead this week, with roughly 60,000 attendees each day in some of the biggest race days of the year.

In contrast to other countries like Ireland closing its borders or others completely stopping sporting events, the U.K. has decided not to close schools, or take any active measures to stop the spread of the virus.

Instead, the advice is to self isolate, keep washing your hands effectively, while there is still little information on what ways the coronavirus spreads and infects people. With the most vulnerable, are the elderly and those with immune system issues.

It’s the largest health pandemic in recent history. With the death toll rising constantly and more and more cases being reported as time progresses. In conjunction with this, the virus spreading more and more measures are being put into place with developments constantly. 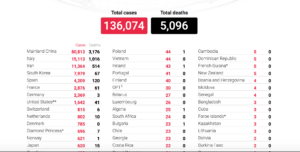 This week it was revealed that there could be over 10,000 undiagnosed cases within the UK, this can partly be due to the fact the virus takes up to 14 days to show symptoms and is it spreads more the more and more cases will be confirmed, while those who are showing symptoms may not be tested yet, or at all due to self isolation.

The advice is to wash hands. Self isolate. And be vigilant to hygiene. despite events not being cancelled there are plenty that are taking those sorts of precautions, to only go out if necessary. Places like gyms, public transport can be a feeding ground for bacteria and touching so it’s clear that consisted hand sanitising is paramount but with the virus spreading it’s only going to continue if normality like schools and work in certain sectors continue.