Home  /  Events & Festivals, Galleries & Museums, Reviews  /  Head over to the Science Museum in April and Power Up Your Gaming 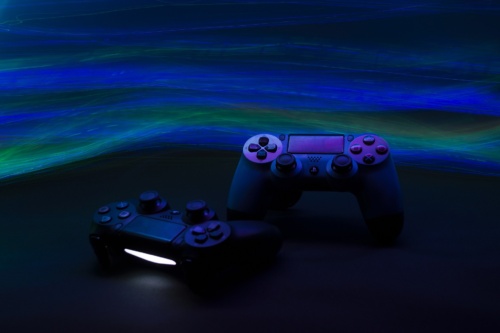 The Science Museum has always been one of the most interactive museum experiences in London with buttons to push and cranks to turn. Whether you think Science is your thing or not, it has always been easy to while away hours there and get drawn into the fascinating application of science in transport, space travel, saving the planet, or engineering to name but a few options.

Now there’s a new exhibition that is a must-see and do for gamers out there called Power Up and it gives you an opportunity to do just that. Whether you are into retro gaming or the latest VR, this is the place for you. The exhibition takes you through the history of gaming in a fun and interactive way. This is now the fifth time that the Science Museum has hosted this exhibition. It features over 160 consoles together with 100’s of games.

This is not a stand back and take in the information type of event. It is a fully immersive experience. It explores the evolution of gaming consoles. From the earliest Atari 2600 right up to the latest Nintendo’s and Xboxes. They are all there for you to try out and have a game on. The event also coincides with the 30thAnniversary of Nintendo introducing the world to Super Mario in the original Mariokart game. Several versions of the game will be available to play too on SNES and the Wii.

The exhibition opened at the beginning of April and runs through to the 19th. While the exhibition is suitable for everyone over the age of 5, all under 16’s must be accompanied by an adult. As with all gaming, this is not child’s play however and there are special adult-only sessions available. If when you think of gaming you like a first-person shooter experience like Call of Duty, a team game like FIFA with your mates, or trying out your luck at the best online casinos then this fun, educational experience could be right up your street.

The Power Up adult-only evenings will have drinks for sale and attendees can take partin a Halo showdown.

Alistair Otto, Associate Commercial Director at the Science Museum Group, said: “This year the iconic arcade game Pong turns fifty and at Power Up visitors will get to discover in a hands-on way how video games have evolved over the following decades. Video games are a captivating combination of storytelling, technological advancement, and thrill-seeking; this interactive experience offers visitors of all ages an opportunity to discover the possibilities of gaming technology, the evolution of game design but most importantly have fun!”

By going to an exhibition like this you can really see and experience the incredible evolution that has taken place over recent years in the world of gaming. Pong, the original video game was no more than a square 2-dimensional ball that was propelled backward and forwards on a screen between two paddles. Even the most exciting arcade games back in the day would hardly get a look in as a smartphone app these days. Before home consoles became affordable the only place to play Space Invaders was on a table machine at the local youth centre or possibly school common room. If you had a basic PC, it was also possible to access very limited gaming at home. The advent of the 8-bit home games consoles changed everything and this brought arcade-style games like Altered Beast into homes around the country. Unlike PCs the Sega Master Drive and Nintendo consoles had price tickets that made them affordable. Subsequent 16 and 32-bitconsoles saw enhanced graphics and gameplay without glitches. The characters like Sonic the Hedgehog and Super Mario who were introduced to us in the early 1990s are still part of the gaming landscape today. They have even gone on to spawn their own animated series and feature films. The move to hand-held consoles and mobile gaming on smartphones has seen the mobile gaming industry part of everyday lives. Once considered the preserve of introverted, unsociable teenage boys, the gaming industry has turned that perception on its head with its creative storytelling and inclusive titles.

If you can’t make it to the Power Up exhibition before the 19thof April, don’t worry there are still plenty of other great immersive exhibitions happening throughout the year. In addition, there will be a special edition adult-only evening on April 27th as part of the regular Science Museum Lates series of events. On April 27 you will be able to spend a fun-filled night immersing yourself in all things gaming. There will be object hunts, board game workshops, and plenty of other gaming action taking place.

The Science Museum Lates are regular events on the last Wednesday of the month which feature fascinating talks, live music, and even a silent disco. The event on the 27thof April will feature. Jo Twist, CEO, from Interactive Entertainment UK. She will be talking on the subject of Games for Good. This will include areas such as accessibility to coping with isolation and how gaming can have a positive influence on society.  There will also be a panel discussion exploring Psychedelic Therapy at the same event.

For tickets and more information on Power Up and all the Science Museum Lates, head over to their website.